"States should recognise their core competence, and work towards raising GDP targets right from the district level," the PM added.

PM at the 5th meeting of Governing Council of NITI Aayog: NITI Aayog has key role to play in fulfilling the mantra of SabkaSaath, SabkaVikas, SabkaVishwas. Goal to make India a 5 trillion dollar economy by 2024, is challenging, but achievable, with the concerted efforts of states pic.twitter.com/LMNcVHRMlW

Noting that the export sector is an important element in the progress of developing countries, he said both the Centre and the States should work towards growth in exports, in order to raise per capita incomes. PM Modi said there is immense untapped export potential in several States, including the North Eastern States. He said a thrust on export promotion at the State level will provide a boost to both income and employment.

The Prime Minister also said that empowerment, and ease of living, have to be provided to each and every Indian. He said the goals that have been set for the 150th anniversary of Mahatma Gandhi, should be accomplished by October 2nd, and work should begin in earnest towards the goals for 2022, the 75th anniversary of independence.

Welcoming the Governor of J&K, Chief Ministers, Lieutenant Governor of Andaman and Nicobar Islands, and other delegates, the Prime Minister reiterated that NITI Aayog has a key role to play in fulfilling the mantra of SabkaSaath, SabkaVikas, SabkaVishwas.

Recalling the recent General Elections as the world's largest democratic exercise, the Prime Minister said that it is now time for everyone to work for the development of India. He spoke of a collective fight against poverty, unemployment, drought, flood, pollution, corruption and violence etc.

This is is the first governing council meeting under the new Modi government. Among others attending the meet are Union ministers Amit Shah, Nitin Gadkari, Nirmala Sitharaman and Rajnath Singh.

West Bengal Chief Minister Mamata Banerjee, however, has refused to attend the meeting, saying it is "fruitless" as NITI Aayog has no financial powers to support state plans. Telangana Chief Minister K Chandrashekar Rao may skip the NITI Aayog meeting because of the meetings which he is holding with officials of various departments. Punjab CM Captain Amarinder Singh is also not present at the meeting.

The Governing Council reviews the action taken on the agenda items of the previous meeting and deliberates upon the future developmental priorities.

The first meeting the Governing Council was held on February 8, 2015, at which the Prime Minister laid down the key mandates of NITI Aayog such as fostering cooperative federalism and addressing national issues through active participation of the states.

The second meeting on July 15, 2015 reviewed the progress made by the three sub-groups of chief ministers and the two task forces.

In the third meeting on April 23, 2017, Modi had pitched for conducting simultaneous elections of the Lok Sabha and the state assemblies and shifting to a January-December fiscal year.

The fourth meeting of the council on June 17, 2018 deliberated upon measures taken to double farmers' income and the progress of the government's flagship schemes. 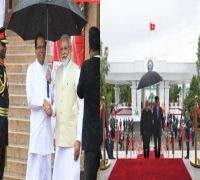 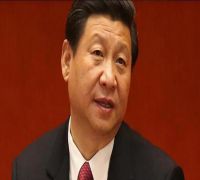 India, China do not pose 'threats' to each other: Xi tells PM Modi 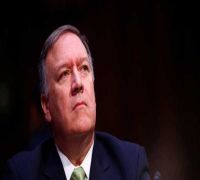