Describing him a “frank and fearless” leader, Modi tweeted, “George Sahab represented the best of India’s political leadership. Frank&fearless,forthright&farsighted, he made a valuable contribution to our country. He was among the most effective voices for the rights of the poor and marginalised. Saddened by his passing away.”

Congress president Rahul Gandhi also took to Facebook to offer his condolences. “I’m sorry to hear about the passing away of former Parliamentarian and Union Minister, George Fernandes Ji. My condolences to his family and friends in this time of grief,” Gandhi wrote on Facebook.

Union Minister Nitin Gadkari termed him an ‘icon’. “I offer condolences at his passing away. He committed his life to the country. He fought for justice for trade unions. I considered him an icon,” Gadkari tweeted. 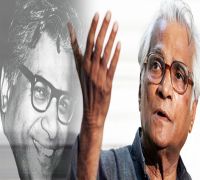 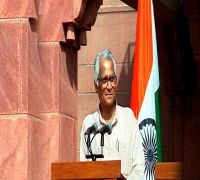 Fernandes was born on June 3, 1930, to John Joseph Fernandes and Alice Martha Fernandes in Mangaluru then Mangalore to a Mangalorean Catholic family. He rose to prominence as a trade unionist and fought for the rights of labourers in small scale service industries such as hotels and restaurants.

Although he was accepted across the party lines, Fernandes too had his share of controversies during his career. He was forced to resign after a sting operation by an investigative journal. He, however, was subsequently cleared by the one man commission headed by retired Justice Phukan.