The National Investigation Agency (NIA) has collected evidence against many separatist leaders in the Valley who allegedly helped the terrorists, the sources added.

Forty CRPF personnel were killed on February 14 in one of the deadliest terror attacks in Jammu and Kashmir. (PTI/file)
HIGHLIGHTS

The NIA, which is investigating the Pulwama terror attack that claimed lives of 40 CRPF jawans on February 14, has found evidence that terrorists were being provided financial and other assistance at the local level in Jammu and Kashmir, sources in the central agency said. The National Investigation Agency (NIA) has collected evidence against many separatist leaders in the Valley who allegedly helped the terrorists, the sources added.

Forty CRPF personnel were killed and five injured on February 14 in one of the deadliest terror attacks in Jammu and Kashmir when a suicide bomber of Pakistan-based terror group Jaish-e-Mohammad (JeM) rammed a vehicle carrying a huge quantity of explosives into their bus in Pulwama district. India has launched a major diplomatic offensive against Islamabad after the attack and highlighted Pakistan's role in using terrorism as an instrument of state policy.

The sources said the financial aid was provided to six to seven terrorists, including suicide attacker Adil Dar, involved in the attack. The money, which was spent on arranging a car for the suicide attack, had come from Pakistan through Dubai. The sources added that the arrest of some separatists involved in the conspiracy can soon happen. Some of these separatists still have police protection. 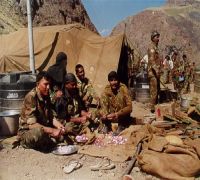 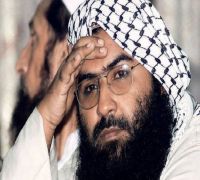 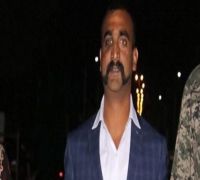 The NIA sources said the Jaish's terrorists got financial assistance from Pakistan and Dubai through hawala with the help of the separatist leaders of Kashmir.

On January 26, the NIA carried out searches at seven locations, including on the premises of separatists like Mirwaiz Umer Farooq, in connection with a case related to funding to terrorist and separatist groups in Jammu and Kashmir.

The agency said it had recovered "high-tech internet communication setup" from the residence of the Mirwaiz. It also claimed to have recovered letterheads of terrorist groups and visa recommendation letters for admission in Pakistan-based educational institutions from several locations. The NIA team, accompanied by local police and CRPF personnel, swooped on residences of some of the separatist leaders, including the Mirwaiz, Naseem Geelani, son of pro-Pakistan separatist Syed Ali Shah Geelani, and chairman of Tehrek-e-Hurriyat Ashraf Sehrai, they said.

The NIA has also checked bank accounts of nearly 40 separatist leaders after the raids.