The other significant demand raised by the NISA is of classification of private schools on the basis of fee structures as there's a huge variation in it among such schools.

NISA said that there is a perception among parents that all private schools are looting them.

National Independent Schools Alliance (NISA) of India, representing over 60,000 private unaided schools across 22 states, has raised a strong objection to the recommendation of the constitution of School Management Committees (SMCs) in private schools under the draft NEP (National Education Policy) 2019. According to NISA, forming of SMCs in private schools is a violation of the RTE (Right to Education) Act and a direct attack on the autonomy of edupreneurs.

"Extending the powers of SMCs are a direct assault on the freedom and autonomy of private unaided schools, effectively turning SMC's into an instrument of surveillance and control for the government. Traditionally, private schools have been exempt from SMC's under the RTE Act. The clause instituting SMCs across all schools is in direct violation of the TMA Pai Judgment, Article 19 of the constitution and the Society's Act of 1960. Such a move not only is likely to burden parents but will likely deter new edupreneurs from starting schools adversely affecting inclusion and diversity in education,” said Kulbhushan Sharma, national president of NISA.

Explaining it further, S Madhusudan – vice president of NISA – said that the proposed SMCs will have outsiders i.e. a representative of the education department and one local representative and therefore they will have their own vested interests and they can intervene in projects related to school development.

“If there is public money involved in running a school then there should SMCs to monitor whether the funds are being properly used by the school administration or not but this is not the case with private schools as they use their own money and therefore constituting SMCs would be like harassing the management,” Madhusudan said.

The other significant demand raised by the NISA is of classification of private schools on the basis of fee structures as there's a huge variation in it among such schools.

“There are different kinds of private schools in India. Some are international schools and they are running it for profit, however, there are some private schools which are offering education at very low cost and their aim is providing education and not making a profit. So both of them cannot be categorised in the same category and therefore there should be different regulations for both of them. It is not at all justified to have a common regulation for schools charging Rs 10,000 per month or more and those charging less than even Rs 1,000 per month,” Madhusudan added.

There is a perception among parents that all private schools are looting them, but this is not the case, the schools’ body said.

The new draft of National Education Policy 2019 also lacks any references to Direct Benefit Transfers/vouchers as a way to increase access to quality schooling.

"The average per child expenditure per month in each state should be converted into targeted per child scholarships using the mechanism of Direct Benefit Transfer, presenting an opportunity to strengthen the hands of parents and help put a check on leakages in public funding of schools. Instead of social empowerment, the financial empowerment of the parents is paramount", elaborated Madhusudhan.

Meanwhile, the deadline for public comments on the draft of the new National Education Policy will be extended by a month till July 31, HRD Minister Ramesh Pokhriyal said in the Rajya Sabha.

The draft of the new NEP, which was formulated by a panel led by former ISRO chief K Kasturirangan, provides reforms at all levels of education.

Earlier, it was embroiled in a controversy over the recommendation regarding the three-language formula and mandatory Hindi teaching in schools. This sparked outrage across the political spectrum in Tamil Nadu forcing the government to issue a revised draft education policy that did not have a mention of the language being compulsory.

Union Minister Prakash Javadekar, who had formed the panel when he was the HRD minister in the previous term, had earlier asserted that no language should be imposed on anyone. He clarified that the committee had only prepared a draft report and no decision had been taken on implementing it. 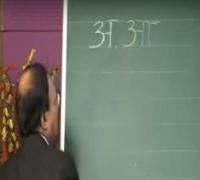 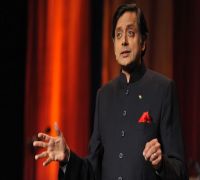 Why does not North India learn Malayalam or Tamil?: Shashi Tharoor on three-language row 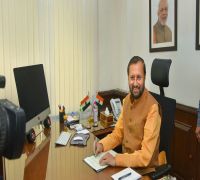 Three-language row | Amid protests, Centre clarifies: 'Hindi will not be imposed' in schools