The Defence Ministry through the DGMO has said it only have data about one strike that was conducted by the Army along the Line of Control on September 29, 2016.

The Defence Ministry said it has no information about any surgical strikes conducted by the Indian Army between 2004 and 2014, and only one surgical strike took place on September 29, 2016 after the Uri terror attack in Kashmir. The information came to light in a reply to an RTI filed Jammu-based activist Rohit Chaudhary.

India Today reported that the activist had sought the information months before the Congress has recently claimed that there were as many as six surgical strikes conducted during the UPA government between 2008 and 2014.

The ministry through the DGMO has said it only have data about one strike that was conducted by the Army along the Line of Control on September 29, 2016.

The report added that the RTI was filed by the activist in 2018. Chaudhary told India Today that the Congress was lying to the people and that no such strikes took place during the UPA regime.

The war of words between the Congress and the BJP came after former Prime Minister Manmohan Singh, in an interview to Hindustan Times, said multiple surgical strikes took place during UPA rule. Attacking the Congress, Jaitley said the Manmohan Singh government did not act against terrorists after the Mumbai terror attack in 2008 even as security forces were ready to target them.

The UPA government in fact released 25 terrorists as a "goodwill gesture" and one of them was later involved in the Pathankot terror attack, he alleged.

The Congress later came out with a list of six anti-terror surgical strikes carried out during UPA rule, asserting that it never tried to take political advantage from military operations. The Congress released the list at a press conference after BJP leader Jaitley took a jibe at the opposition party, saying its surgical strikes were "invisible and unknown". 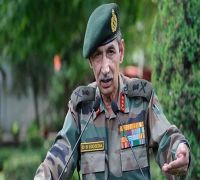 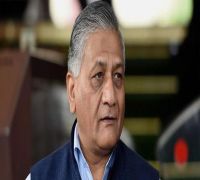 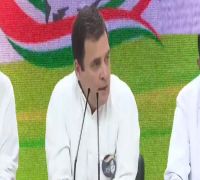 He also listed two surgical strikes carried out under the previous BJP-led NDA government of Atal Bihari Vajpayee. These were Nadala Enclave, across the Neelam River (January 21, 2000) and Baroh sector in Poonch (September 18, 2003), Shukla said.

Congress president Rahul Gandhi also took a potshot at PM Narendra Modi and said that when he talks about UPA government's surgical strikes and says that they were done in video games, he is insulting the Indian Army.

"The Army, Air Force or Navy are not personal properties of Narendra Modi ji like he thinks. When he says that surgical strikes during UPA were done in video games then he is not insulting Congress but the Army," said Gandhi.

Several BJP leaders, including PM Modi and Amit Shah, have time and again slammed the Congress for failing to act against terror whereas BJP conducted surgical strikes and airstrikes inside Pakistani territory.

Lt General (Retd) DS Hooda, a former Northern Army commander and main architect of the 2016 surgical strikes on terror launch pads in PoK, also said several cross border operations were carried out by the Indian Army in the past.

“Call it surgical strikes, call it cross border operations, they have been carried out in the past by the Army. I’m not aware of exact dates and areas that have been brought out,” News agency ANI quoted Lt General Hooda as saying.

Interestingly, Lt General Hooda's statement came hours after former Army General and Union Minister VK Singh accused the Congress party of lying about its claims of multiple surgical strikes during the UPA government. "The Congress has a habit of lying. Will you please let me know which ‘So called Surgical Strike’ are you attributing to my tenure as COAS," the BJP leader asked.