6 Lives Lost Due To Panic Created By BJP Over NRC In Bengal: Mamata Banerjee

More than 19 lakh people in Assam have been excluded from the recently published final NRC, a proof of Indian citizenship.

Mamata Banerjee said she will take part in a rally against privatisation and disinvestment on October 18. (Image Credit: ANI)

West Bengal Chief Minister Mamata Banerjee continued her attack on the Bharatiya Janata Party (BJP) over National Register of Citizens and said that six people died in the state because of panic created by the ruling party at the Centre over NRC. Addressing a trade unions’ meet in Kolkata, the Trinamool chief reiterated that she will not allow it in the state. “Shame on the BJP for creating panic over NRC (National Register of Citizens) in Bengal, it has led to six deaths. Have faith in me, I will never allow the exercise in Bengal,” Banerjee said.

More than 19 lakh people in Assam have been excluded from the recently published final NRC, a proof of Indian citizenship.

Criticising the saffron party for ‘undermining democratic values’ in the country, the chief minister said, “Democracy exists in Bengal but it is under threat in several other parts of the country.”

“I believe protests are important in a democracy. The day protests lose their value, India will stop being India. Democracy still exists in Bengal while there is no democracy at a few places. We have seen what happened in Jadavpur University,” she added.

Slamming the BJP for job losses and downfall of Indian economy, Trinamool leader said that they are not worried about it and all they want to do is serve own political interests. 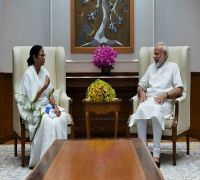 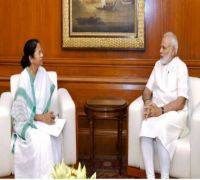