AAP spokesperson Raghav Chadha alleged that the BJP is opposing every welfare scheme of the Delhi government because of its “anti-people mindset”. 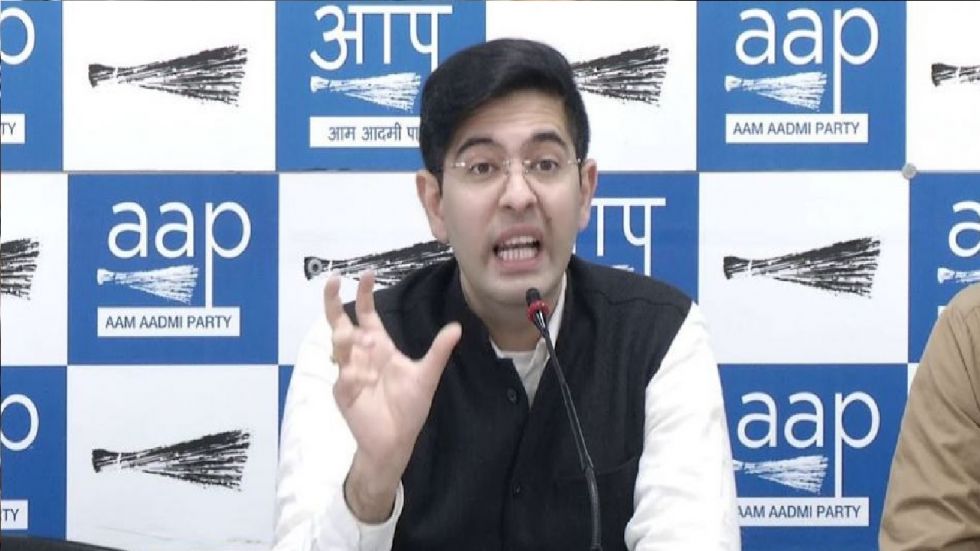 The AAP on Thursday called the BJP’s opposition to Delhi government’s “progressive” decision to provide free Wi-Fi “unfortunate”, saying it shows the “backward” thinking of the saffron party. AAP spokesperson Raghav Chadha said there are two economic models in front of the people of Delhi.

“One is the failed BJP model which resulted in increase in prices of onions, data, and phone call price rise and on other side there is the successful Kejriwal model under which subsidised electricity, free bus service for women and free Wi-Fi have been provided,” Chadha said slamming the BJP.

He alleged that the BJP is opposing every welfare scheme of the Delhi government because of its “anti-people mindset”.

“Today AAP will expose BJP’s negative politics, anti-people mindset and anti-people political statements. We are confident that the BJP is opposing every welfare scheme of the AAP government through negative campaigns because they are scared of succumbing in the upcoming Vidhan Sabha election,” said Chadha.

Delhi Chief Minister Arvind Kejriwal on Wednesday announced that Delhiites will get free 15 GB data per month through a hotspot network across the city, asserting that the AAP has fulfilled all its poll promises.

BJP leaders including east Delhi MP Gautam Gambhir and Delhi unit chief Manoj Tiwari had slammed the Kejriwal’s announcement as election stunt. “Kejriwal government couldn’t provide free Wi-Fi despite ruling for 58 months, how will it do so in 58 days,” Tiwari had said.

Senior AAP spokesperson Atishi also termed the BJP’s opposition, the “backward” thinking of the saffron party. “I am saddened to see that the BJP MPs are opposing a progressive and new age technology like Wi-Fi. Today every student, youth and working professionals need free Wi-Fi for their studies and jobs because there is a sudden hike in the price of data,” he said.

She said that by free Wi-Fi, Delhi will stand at the same platform with the cities like Melbourne, Seoul, Taipei and Singapore. “BJP is a non-progressive political party and affected by the old school thoughts, therefore, they are not accepting a progressive idea like free Wi-Fi. In the past five-years Delhi is the only state which has maintained over 8 per cent GDP whereas under the BJP the Indian economy has reached a new low,” she said.

“We all know that if the communication infrastructure of a state gets better then the GDP also increases and by the free Wi-Fi scheme Delhi’s economy will bloom and BJP is scared of such flourishing economic model,” said Atishi.

(This is a syndicated feed. Except headline, this story has not been edited by News Nation staff.)