Goyal, at a media briefing in Pune, had described Banerjee as a "Left-leaning" person. 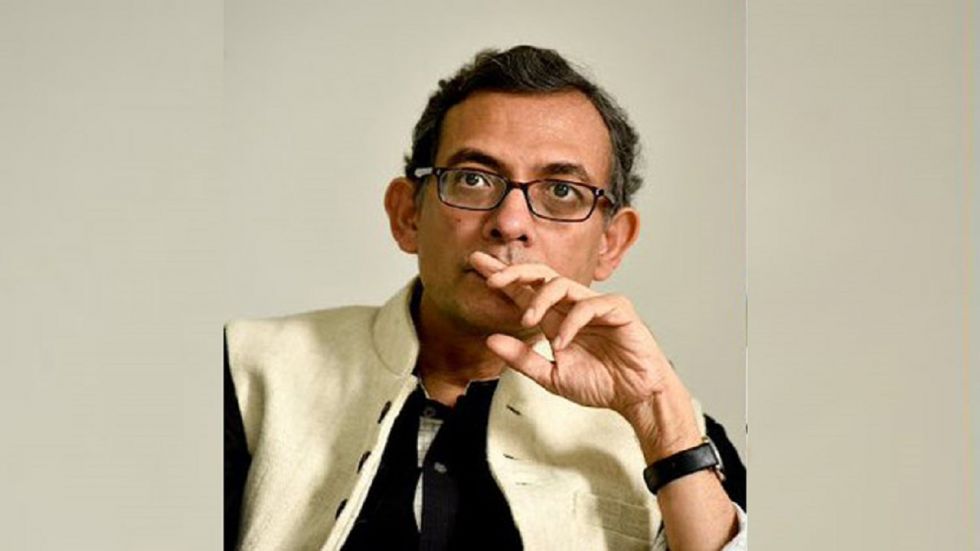 Abhijit Banerjee on Saturday told a TV channel that the commerce minister is "questioning my professionalism". (Photo Credit : PTI file )

Congress leader Rahul Gandhi on Sunday hit out at Union minister Piyush Goyal for his remarks that Nobel laureate Abhijit Banerjee is "Left-leaning", saying "these bigots are blinded by hatred" and have no idea what a professional is.

Goyal, at a media briefing in Pune, had described Banerjee as a "Left-leaning" person. The Nobel laureate on Saturday told a TV channel that the commerce minister is "questioning my professionalism".

"Dear Mr Banerjee, these bigots are blinded by hatred and have no idea what a professional is. You cannot explain it to them, even if you tried for a decade," Gandhi said in a tweet tagging the media report on Banerjee's response to Goyal's comments on him. 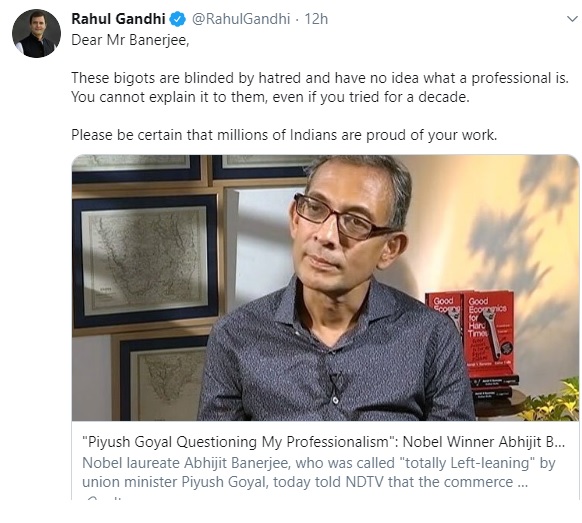 "Please be certain that millions of Indians are proud of your work," the former Congress president said.

Goyal on Friday had also said Banerjee's suggestion of a minimum income scheme was rejected by Indian voters and there was no need to "accept what he thinks".

On Saturday, Congress leader Priyanka Gandhi Vadra had also hit out at Goyal for his remarks and said the government's job is not to run a "comedy circus", but improve the "collapsing" economy.

Congress leader and Rajya Sabha MP Abhishek Singhvi hailed Banerjee for his achievement, saying if humility and simplicity has value and weight, he can hardly think of anyone carrying a Nobel on his shoulders so well as the Indian-American economist does.

"Keep going Abhijit. India is behind you. Ignore narrow motivated criticism -- it does not understand true meaning, scope and spirit of 'liberalism'. For me the best definition of nationalism and patriotism is pride in our Nobel winners! Alas, those who lecture us on this, criticise winners!" Singhvi tweeted.