Putting an end to all wild speculations and online and offline rumours, the Narendra Modi government on August 5 revoked the Article 370 that gave special status to Jammu and Kashmir. 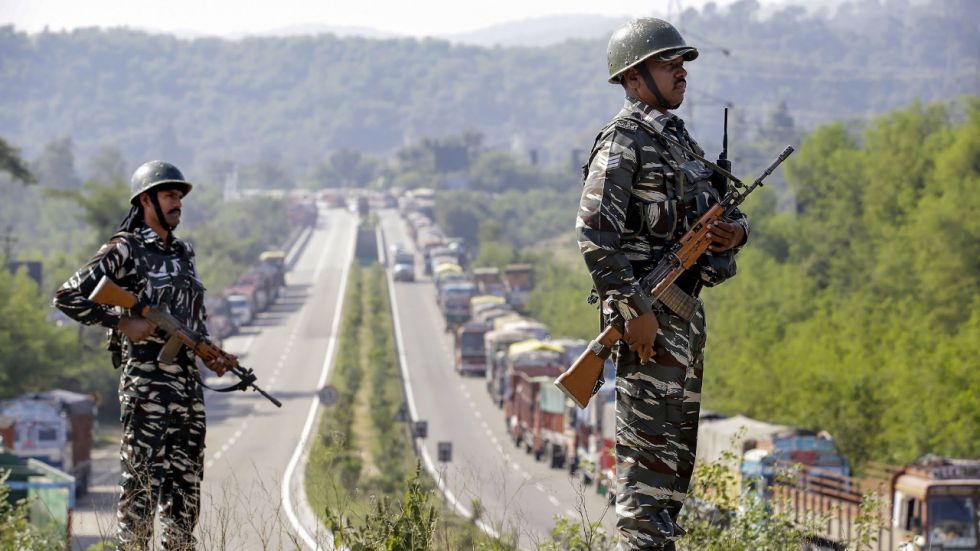 Sporadic incidents of violence and attacks on non-Kashmiri truckers have marred the transition of the state of Jammu and Kashmir into two Union Territories (Photo Credit : PTI Photo )

For the first time since the abrogation of Article 320 since August 5, an international delegation is set to visit Jammu and Kashmir soon. Ahead of the crucial visit, the delegation from the European Union met Prime Minister Narendra Modi and National Security Advisor Ajit Doval on Monday. The delegation also discussed the issue of Kashmir and the situation there after the abrogation of Article 370. The European Union delegation would be visiting Kashmir soon. Though officially there is no lockdown in the Valley, sporadic incidents of violence and attacks on non-Kashmiri truckers have marred the transition of the state of Jammu and Kashmir into two Union Territories, which will become official in next three days.

Confirming the development, Prime Minister’s Office said that ‘Members of European Parliament called on Prime Minister Narendra Modi at 7, Lok Kalyan Marg today. Prime Minister appreciated the importance the Parliamentarians attach to their relationship with India by visiting right at the beginning of their term.’ India has been maintaining that the region is largely peaceful. However, its nuclear neighbour Pakistan has been trying to internationalise the issue saying that New Delhi is acting with an iron-fist to change the narrative. ‘PM expressed hope they have fruitful visit to various parts of country, including to J&K. Their visit to J&K should give delegation better understanding of cultural and religious diversity of region; apart from giving a clear view of development and governance priorities of region,’ the PMO’s statement said.

Putting an end to all wild speculations and online and offline rumours, the Narendra Modi government on August 5 revoked the Article 370 that gave special status to Jammu and Kashmir. Union Home Minister Amit Shah also proposed the bifurcation of the state. The third key takeaway of the big announcement was the scrapping of Article 35A, which empowered Jammu and Kashmir state's legislature to define “permanent residents” of the state and provide special rights and privileges to those permanent residents.

With Article 370 becoming history, Jammu and Kashmir will not have separate state flag. With President Ram Nath Kovind’s nod to scrapping of Article 35A, every Indian will now be able to buy property in Jammu and Kashmir. Instead of the Ranbir Penal Code, the entire region will now fall under the jurisdiction of the Indian Penal Code. With these announcements, the Modi government at the Centre will have right on land and police power in Jammu and Kashmir.

As pointed out by senior Congress leader and former Jammu and Kashmir Chief Minister, with this mega movie, India will now have 28 states and nine Union Territories. This also means that all rules and regulations of the Indian Constitution will also be now applicable to the region.

The move ended the seven-decade old history of Article 370. Two months after India won independence 1947, Maharaja Hari Singh, the then ruler of Jammu and Kashmir, signed a Treaty of Accession for the state to join the rest of the union, formalised in Article 370 of the Indian Constitution. Article 35A of India's constitution permitted the local legislature in Kashmir to define permanent residents of the region. The article came into being in 1954 by a presidential order under the constitution's Article 370.