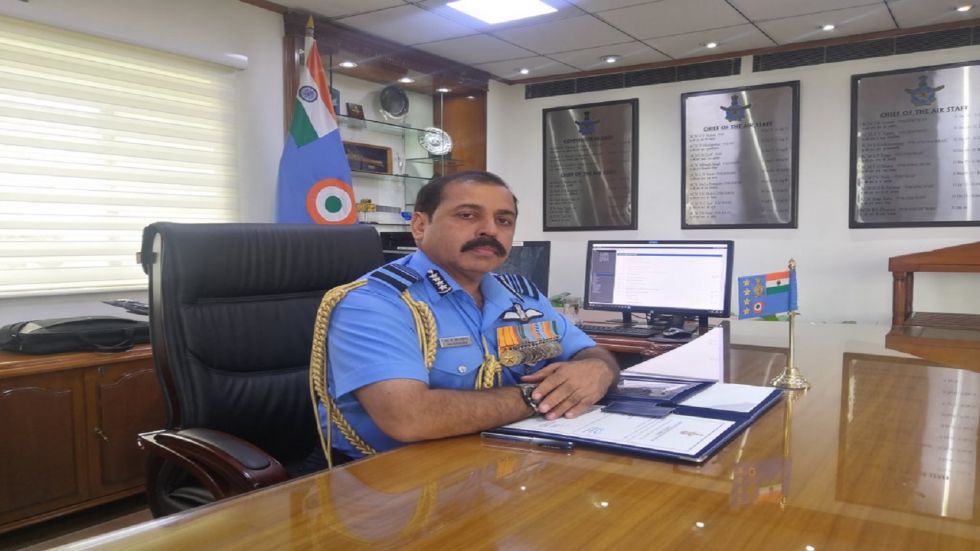 Air Chief Marshal Rakesh Kumar Singh Bhadauria on Monday took charge as the 26th chief of the Indian Air Force. Shortly after taking over as the new IAF chief, Bhadauria visited the National War Memorial and laid wreath at the monument this morning. He also paid tribute at the memorial along with his predecessor BS Dhanoa, who retired after 41 years of service in the IAF. Air Marshal Bhadauria was commissioned in the fighter stream of the Indian Air Force in June 1980, and has held various command, staff and instructional positions.

An alumnus of the National Defence Academy, Bhadauria was commissioned into the fighter stream of the IAF in June 1980 and won the coveted 'Sword of Honour' for standing first in the overall order of merit. During his nearly four-decade career, Bhadauria commanded a Jaguar squadron and a premier Air Force Station.

Air Chief Marshal Rakesh Kumar Singh Bhadauria, took over as 26th Chief of the Indian Air Force today.
He was commissioned into the fighter stream of IAF in Jun 1980. pic.twitter.com/9xH01idY1s

READ | Who Is Air Marshal RKS Bhadauria? All You Need To Know About New Indian Air Force Chief

He devised a method for carrying bombing from the Jaguar aircraft using the Global Positioning System (GPS). This was especially relevant for the bombing role of Jaguar aircraft in Operation Safed Sagar in 1999. Bhadauria also has 4,250 hours of flying experience on 26 types of fighters and transport aircraft.

Bhadauria is one of the few Air Force pilots to fly a Rafale jet. In July, during Exercise Garuda between the Air Forces of India and France, Bhadauria had flown the Rafale aircraft.