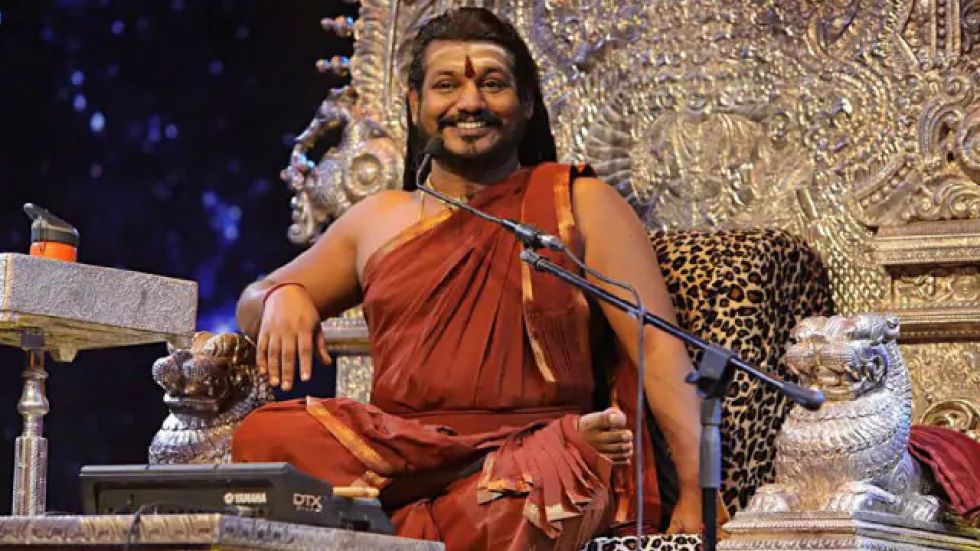 An FIR has been registered against Self-styled godman Swami Nithyananda on the charges of kidnapping and wrongful confinement of children to make them collect donations from followers to run his ashram in Ahmedabad in Gujarat, police said on Wednesday.

The police have also arrested two of Nithyananda's women disciples, Sadhvi Pran Priyananda and Priyatatva Riddhi Kiran, on charges of allegedly kidnapping at least four children, keeping them in illegal confinement in a flat and using them as child labourers to promote activities of the ashram to collect donations. Priyananda and Kiran are responsible for managing Nithyananda's ashram.

"We have arrested two disciples of Swami Nithyananda after two children in the age group of 9 and 10 years enrolled at the ashram told us that they were tortured and made to work as child labour and kept in an illegal confinement at a flat in the city for over ten days.

"Similar allegations were made by two other children rescued from the ashram on the basis of a complaint filed by their parents," Dy Superintendent of Police (Ahmedabad rural), KT Kamariya said.

The accused persons have been booked under sections 365 (kidnapping or abducting with intent to secretly and wrongfully confine a person), 344 (wrongful confinement for ten or more days), 323 (voluntarily causing hurt), 504 (intentional insult with intent to provoke breach of peace), and 502 (sale of printed or engraved substance containing defamatory matter) of the Indian Penal Code (IPC).

They have also been booked under section 14 of the Child Labour (Prohibition and Regulation) Act, 1986, the police officer said. "The two children (rescued from the flat) have been handed over to the child welfare committee which is questioning them and trying to locate their parents," Kamariya said.

From Gurmeet Ram Rahim to Asaram and Nirmala Baba to Falahari Baba, fraudsters hiding under the skin of 'saints' have used religion to play with the sentiments of innocent people and cheated them with their selfish agenda. With FIR against Nithyananda, it seems like another godman has joined the lsit of these so called babas.