CAB Protests: Northeast On Boil, After Assam, Curfew Clamped In Shillong On Thursday

Tens Of Thousands Of People In Assam Hit The Streets Against The Citizenship (Amendment) Bill, That Seeks To Grant Citizenship To Non-Muslims From Bangladesh, Pakistan And Afghanistan. 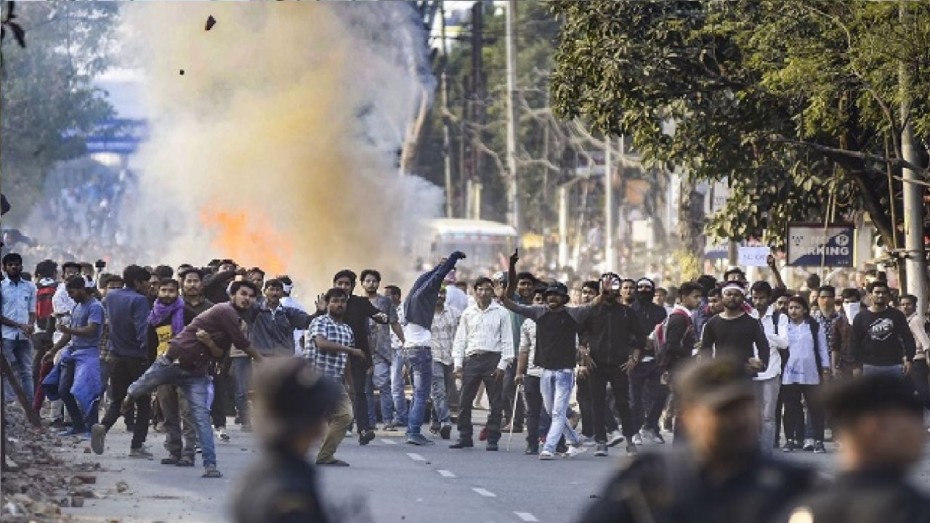 Tens of thousands of protesters took to streets in Assam against the CAB. (Photo Credit: File/PTI)

Anti-Citizenship Bill protests engulfed the northeastern states of Assam and Tripura on Thursday. Tens of thousands of protesters demanding revocation of the Citizenship Amendment Bill or CAB, cleared by Parliament on Wednesday, clashed with police and set several vehicles on fire. The protesters attacked the houses of Assam Chief Minister Sarbananda Sonowal and Union Minister Rameswar Teli. A railway station in Dibrugarh’s Chabua, the hometown of the chief minister, was set on fire by protestors late in the night. The Panitola railway station in Tinsukia district was also torched, a Northeast Frontier Railway spokesperson said.

Below are the live updates:

7.12 pm: Tinsukia district administration clamps 12-hour curfew from 5 pm on Thursday till 5 am on Friday.

#03:00 pm: Assam CM Sarbananada Sonowal: I assure that PM Modi and Home Minister Amit Shah have very categorically stated the centre is committed to implement the Clause 6 of Assam Accord in letter and spirit to ensure the constitutional safeguard to the people of Assam politically, culturally.

#01:15 pm: Tension being fueled in northeast, says PM Modi: "There are attempts to fuel tensions in the Northeast region. Most of the region is out of the ambit of this bill but politics of Congress and its allies depends on illegal immigrants... Congress in the past had promised relief to persecuted minority refugees but never did anything for them. The condition in which they were living in Pakistan, similar treatment was given by Congress governments to them," PM Modi said.

#12:30 pm: Congress leader Ghulam Nabi Azad: Unrest is across the country from Kashmir to Kanyakumari. But worst situation is in northeastern states, as a result of the passage of Citizenship Amendment Bill in both Houses. People of northeast, irrespective of religion, are against bill.

#12:05 pm: Assam CM appeals or peace: Chief Minister of Assam Sarbananda Sonowal: I appeal to the people to maintain peace and not get misled.

#11:55 am: Congress Takes Dig On Modi's Reassurance Tweet: "Our brothers & sisters in Assam cannot read your 'reassuring' message Modiji, in case you've forgotten, their internet has been cut off," tweets Congress.

#11:40 am: Left Announces Nation-Wide Protests Against CAB, NRC On December 19: Left parties to organise protest against Citizenship Amendment Bill and National Register of Citizens (NRC) across the country, on December 19.

#11:35 am: Happy That Parliament Cleared CAB, Says BJP's Ram Madhav: We are happy that the Citizenship Amendment Bill has been passed in both the Houses of the Parliament & it will soon become an Act. It'll give great relief to millions of refugees who came to India decades ago&are living here as stateless people.

#11:30 am: RPSF troops deployed to Assam: 12 companies of the Railway Protection Special Force (RPSF) have been dispatched to Assam after railway stations were torched by anti-CAB protesters.

#11:25 am: All Train Services To Tripura, Assam Suspended: Railways has suspended all passenger train services in Tripura and Assam and short-terminated long distance trains to the region to Guwahati following protests in the two states over the passage of the Citizenship Amendment Bill in Parliament.

#11:20 am: Union Minister Rameshwar Teli, Whose House Was Attacked By Protesters, Appeal For Peace: "My uncle's shop was set on fire and the boundary wall of my house was also damaged by protestors, last night around 11 pm. I appeal to the people of Assam to maintain peace," Teli said.

#11:15 am: Union Minister Jitendra Singh Accuses Congress of instigating people: "Situation in northeast will improve soon. the Congress party is trying to instigate people," he said.

#10:15 am: Kolkata Airport Official: All flights have been cancelled from Kolkata (West Bengal) to Dibrugarh sector (Assam).

#10:10 am: Congress MP Ripun Bora has given 'Suspension of Business Notice' in Rajya Sabha under rule 267, over 'current situation of Assam and northeast region'

#10:05 am: People defy curfew to hit streets against CAB: The people defied curfew in Guwahati on Thursday morning to protest against the Citizen (Amendment) Bill as the situation remained tense throughout Assam, with the Army conducting flag march in the city. Guwahati, the epicentre of anti-CAB protests, was placed under indefinite curfew last night.