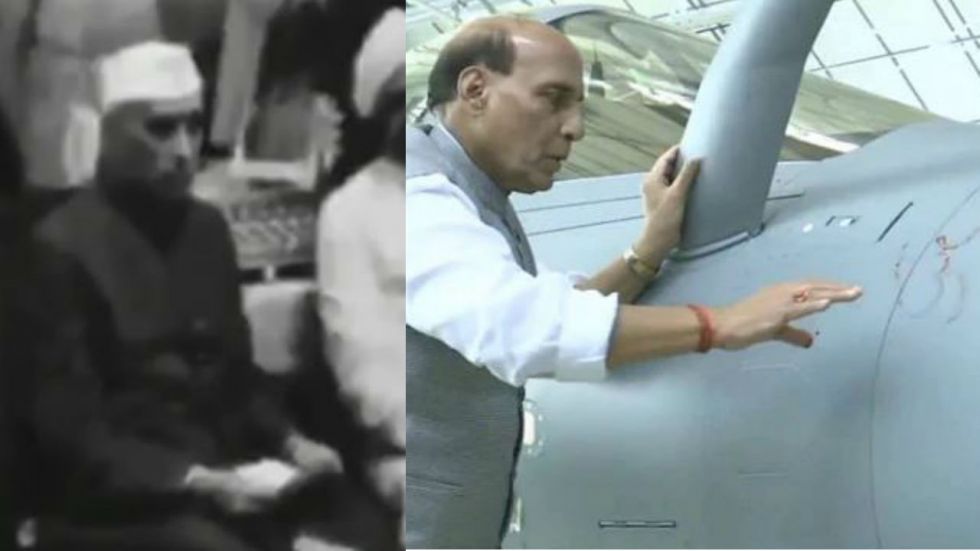 Defence Minister Rajnath Singh's 'Shastra Puja' has become centre of a war of words between ruling Bharatiya Janta Party and opposition Congress. On Vijayadashmi, after taking formal handover of the first of 36 Rafale jets meant for the Indian Air Force, Rajnath Singh performed a 'shastra puja' - a traditional veneration of weapons on the occasion of Vijaya Dashami. Singh's actions prompted criticism from opposition leaders, with Congress leader Mallikarjun Kharge calling it "tamasha". NCP leader Sharad Pawar has joined the debate said he was left bewildered by the hanging of lemon and chili from the multi-million dollar advanced multirole fighter jet that is widely regarded as one of the deadliest in its class.

BJP and Home Minister Amit Shah have hit back at the comments pointing out that 'shastra puja' is a long-held tradition in the country.

The video, shared widely on social media, allegedly Nehru participating in the puja on March 14, 1948.

News Nation can not verify the authencity of the video. However, it is being shared by many on social media as an example of how tradition has always been a part of such events.