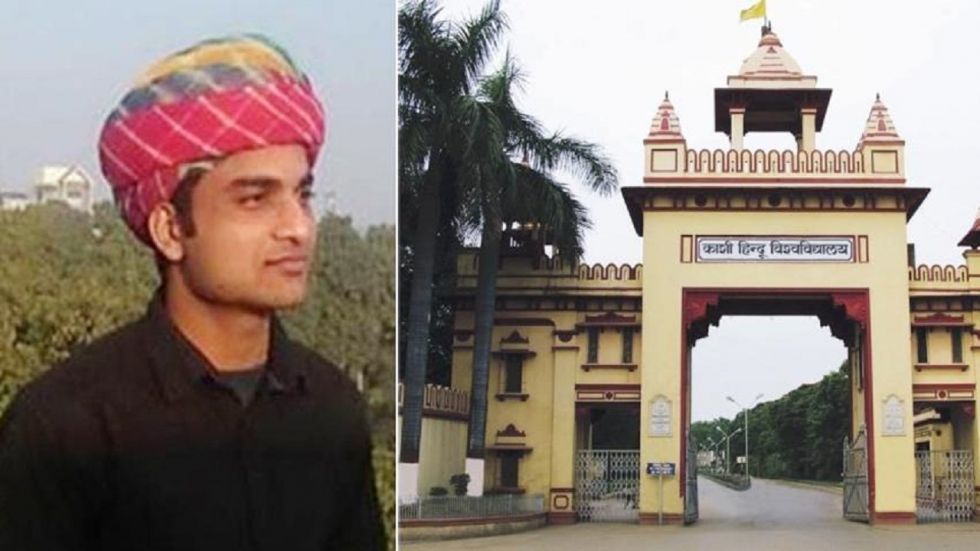 Students of Banaras Hindu University (BHU) ended their month-long protest on Tuesday following the resignation of Feroze Khan as an assistant professor in the Faculty of Sanskrit Vidya Dharma Vigyan (SVDV) Department on Monday and joined the Arts Faculty, university sources said. SVDV Department Dean Bindeswari Prasad Mishra confirmed that Khan has joined the Arts Faculty of the university.

The development comes amid protest by students, mostly from the ABVP, against his appointment at the SVDV last month. The students had boycotted his classes and staged a dharna outside the vice-chancellor's office. They had on Monday even threatened a fast unto death.

"Only a Hindu can teach us our religion. Feroze Khan is free to teach Sanskrit language elsewhere," the students had insisted.

The BHU administration had come out in Khan's support, saying his appointment was made in accordance with the BHU Act and the guidelines issued by the University Grants Commission.

The university had in a public statement even said that Khan was the "best" among all candidates. A frustrated Khan had even appeared for an interview on Friday in the university's Ayurveda department.

The interview was held in secrecy in a guest house in view of the fear of protests by students. Ten candidates, including Khan, were to appear for the interview but only eight turned up.

Ayurveda department dean Prof Yamini Bhushan told reporters that Khan had ranked at the top of the merit list.

The students of the Sanskrit Vidya Dharma Vigyan (SVDV) Department had been on protest since November 7 and on November 24, the retired professors of the BHU had also expressed their support for the students.

On Monday, the protesting students had told the university proctor that if Khan is not suspended with immediate effect, they will not only boycott the upcoming semester exams but also start a fast unto death.

A Sanskrit professor was also reportedly attacked by students for supporting Khan.