A senior IPS officer not willing to be named confirmed the development and said, “Raids are being conducted to nab the BJP leader.” 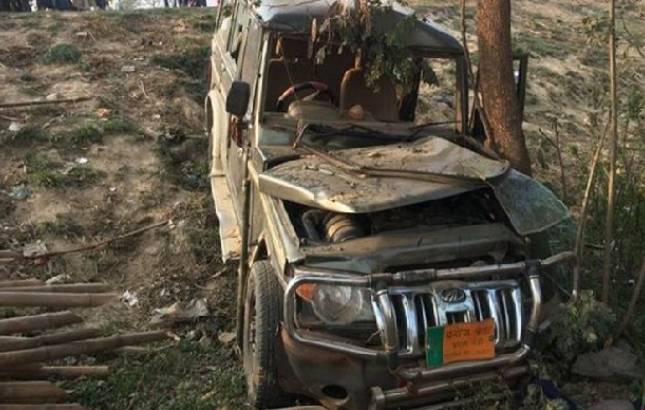 Bihar Police on Monday filed an FIR against Sitamarhi BJP leader Manoj Baitha in connection to the Muzaffarpur hit-and-run case in which nine children were killed and at least 24 others suffered serious injuries last week.

A senior IPS officer not willing to be named confirmed the development and said, “Raids are being conducted to nab the BJP leader.”

However, he did not confirm of the BJP leader was on the wheels on the SUV and in inebriated condition. “The SUV is registered in Baitha’s name,” added the IPS officer.

The officer added according to CCTV footage obtained from toll tax point at Runi Saipur in Sitamarhi around 35  kilometers from the incident site, Baita was sitting in the car. The car had passed the toll tax point around 12:38 pm.

The BJP state spokesperson Rajiv Ranjan confirmed Baitha to be member of the saffron party. He added, “We have learnt that Baitha was not boarded in the car at the time of the accident.”

RJD leader Tejashwi Yadav and relatives of the victims on day of the accident had claimed that the driver of the SUV and others boarded in the car were under the influence of alcohol.

Rahul Gandhi slamming Bihar Chief Minister Nitish Kumar on Twitter questioned him, “Who are you protecting. A BJP leader who killed nine innocent kids under the influence of alcohol.”