"In a major success, the Srinagar Police busts Jaish Module. Two grenade blasts in Hazratbal area worked out. Major attack averted ahead of Republic Day," Jammu and Kashmir Police said in a tweet. 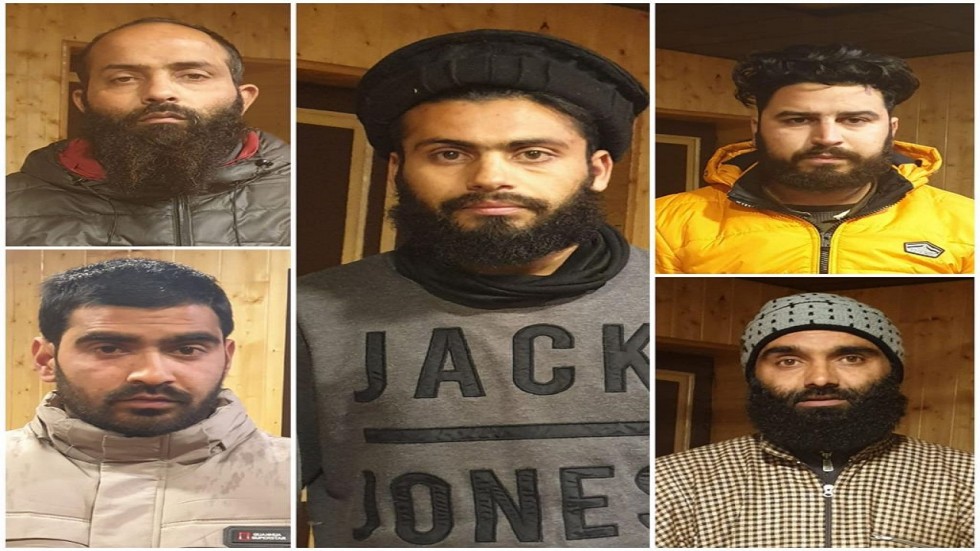 Imtiyaz , Omar, Sahil, Ajaz along with kingpin Naseer (Centre) are the five JeM operatives who were caught by the Jammu and Kashmir Police. (Photo Credit : Twitter )

In a major breakthrough, the police on Thursday said it averted an attack planned on Republic Day by busting a module of Jaish-e-Mohammad outfit in Srinagar and arresting five of its operatives. It said that huge explosive material has been recovered from the five terror operatives.

"In a major success, the Srinagar Police busts Jaish Module. Two grenade blasts in Hazratbal area worked out. Major attack averted ahead of Republic Day," Jammu and Kashmir Police said in a tweet.

The arrests come a day after the Jammu and Kashmir government said terror outfits are using encrypted mobile communications and Voice on Internet Protocol (VoIP) to plan infiltrations into India and reactivate their cadre in Kashmir. This is a well-established fact, government spokesman Rohit Kansal said on Wednesday.

"Sustained efforts are being made by terrorists to infiltrate from across the border, reactivate their cadre and scale up anti-national activities not only in the Kashmir division but also in some areas of the Jammu division by using Voice on Internet Protocol and encrypted mobile communications, and through various social media applications to coordinate and plan terrorist activities," he said.

VoIP is phone service over the Internet. Kansal said in light of the constitutional changes made in relation to Jammu and Kashmir in August last year, a number of restrictions were imposed to prevent externally aided terrorists from disturbing peace and inflicting casualties on citizens.

The government on August 5 last year had revoked the erstwhile state of Jammu and Kashmir's special status and split it into union territories of Ladakh, and Jammu and Kashmir. Since August 16, 2019, there has been gradual, consistent and progressive removal of restrictions, and most now stand removed, Kansal said.