The Delhi Traffic Police on Thursday provided a "green corridor" for hindrance-free movement of the ambulance carrying her from the airport to the hospital. 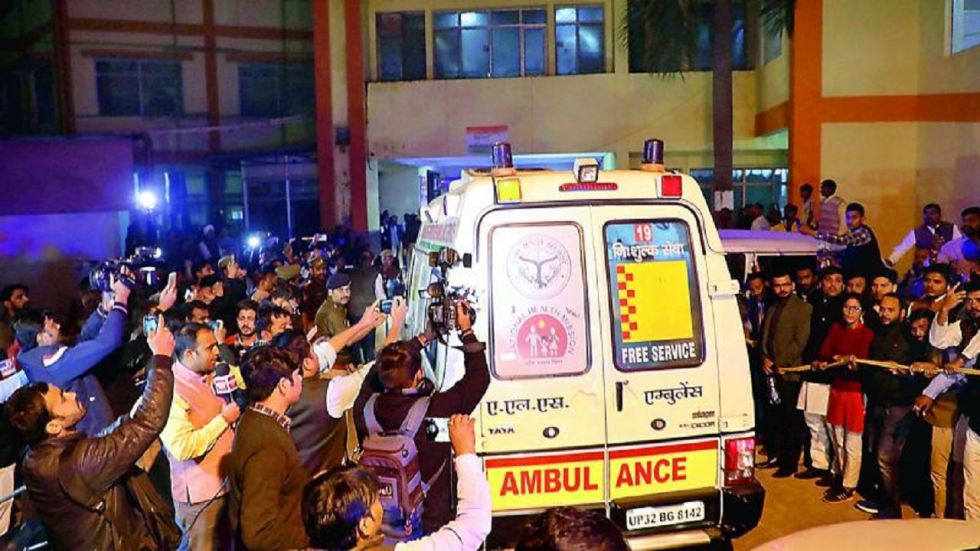 She was extremely critical and was put on ventilator, with 95 per cent burn injuries. The Delhi Traffic Police on Thursday provided a "green corridor" for hindrance-free movement of the ambulance carrying her from the airport to the hospital.

The rape victim suffered severe burns after five men, including two of the rape accused, allegedly set her on fire while she was on her way to court, the police said. One of the two men accused of raping her last year was granted bail 10 days back.

The other man had been on the run. All the five men involved in Thursday morning's attack were arrested within hours and the victim airlifted in the evening from the Shyama Prasad Mukherjee Hospital in Lucknow to Delhi.

Earlier in the day, the five accused were produced before a court in Unnao and remanded in 14-day judicial custody. All the five accused were produced before Chief Judicial Magistrate Virat Saxena amid tight security and were sent to Unnao jail under judicial custody, said Inspector Ajay Kumar Tripathi, the in-charge of Bihar police station, where the burning case was registered.

Unnao Additional Superintendent of Police BK Pandey said efforts will be made to take them in police remand for custodial interrogation and gather evidence in the case.

The police had arrested the two rape accused, Shivam and Shubham, and their three accomplices in setting the girl aflame on the basis of the victim's statement.

In her statement to Sub Divisional Magistrate Dayashankar Pathak, the victim had said she was abducted and raped by Shivam Trivedi and Shubham Trivedi in December 2018 and the trial of the case is going on in a Raebareli court.

She said she was going to Raebareli to pursue the case, but when she reached Gaura turn, Harishankar Trivedi, Ram Kishore Trivedi, Umesh Bajpai along with Shivam and Shubham, armed with knives and lathis attacked her and set her on fire.

The rape victim who suffered serious burns was airlifted to Delhi hospital, where her condition was stated to be critical.