An oil tanker was set ablaze in Assam's Sonitpur district, killing its driver, even as protests against the amended Citizenship Act continued on Saturday. 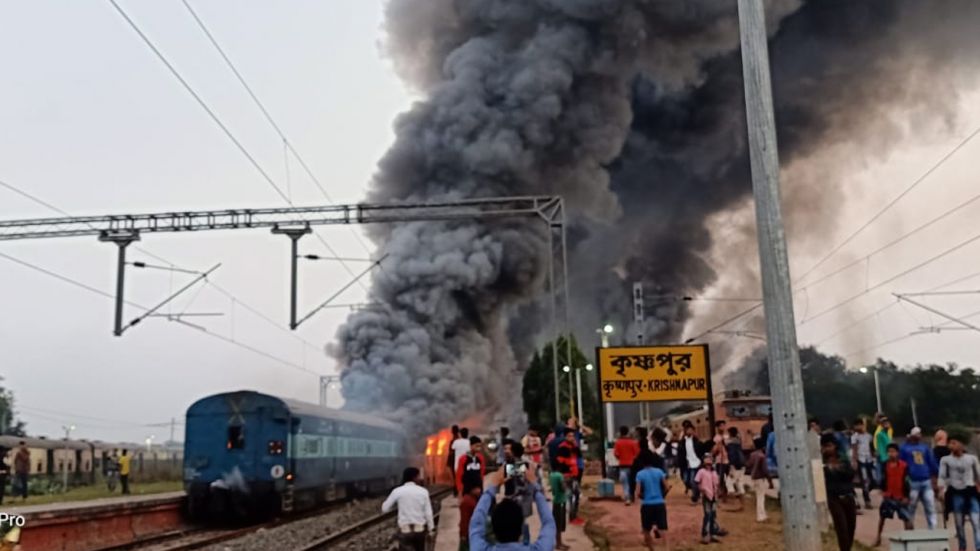 Meanwhile, an oil tanker was set ablaze in Assam's Sonitpur district, killing its driver, even as protests against the amended Citizenship Act continued on Saturday across the state amid a rail blockade, sit-ins and hunger strikes by different organisations, officials said.

The empty oil tanker, on its way for refilling petrol from Sipajhar in Udalguri district, was set ablaze by a group of people at Dhekiajuli in Sonitpur on Friday night, police said. The driver of the tanker was taken to a private nursing home where he succumbed to severe burn injuries on Saturday morning, they said.

Two others had been killed during the violent protests against the Citizenship Amendment Bill in Guwahati earlier this week.

Meanwhile, West Bengal Chief Minister Mamata Banerjee appealed to protesters to maintain peace and not to resort to violence. "Once again I appeal to all not to resort to violence and disturb public order, tranquility and peace. It must be kept in mind that police stations, railway stations, airports, post offices, government offices, public transport and likes are public property. Vandalising public as well as private property in any form will not be tolerated and will strictly be dealt according to law. "

"We are opposed to CAB and NRC. However, we are against any sort of violence and disruption. We urge all to protest against CAB and NRC through democratic means. Some political parties with religious fundamentalism and communal intentions are deliberately trying to stoke chaos and violence. I appeal to all not to fall in their trap. Please maintain peace and calm. It is my earnest appeal to all," she said in a statement.

Suspension of internet services across Assam was extended for 48 hours till December 16 to prevent misuse of social media in disturbing peace and to maintain law and order in the state, additional chief secretary (home and political department) Sanjay Krishna said.

Meanwhile, AASU, Asom Jatiyatabadi Yuba Chatra Parishad (AJYCP) and 30 other organisations of indigenous people, spearheading the agitation against the Act, held protests in all districts of the Brahmaputra Valley along with senior citizens, students, artists, singers, intellectuals and teachers. The AJYCP blocked tracks at Kamakhya railway station, disrupting train services from Guwahati to other parts of the country.