The students of Nadwa College clashed with police personnel, who were trying to enter the campus, and hurled stones at them. 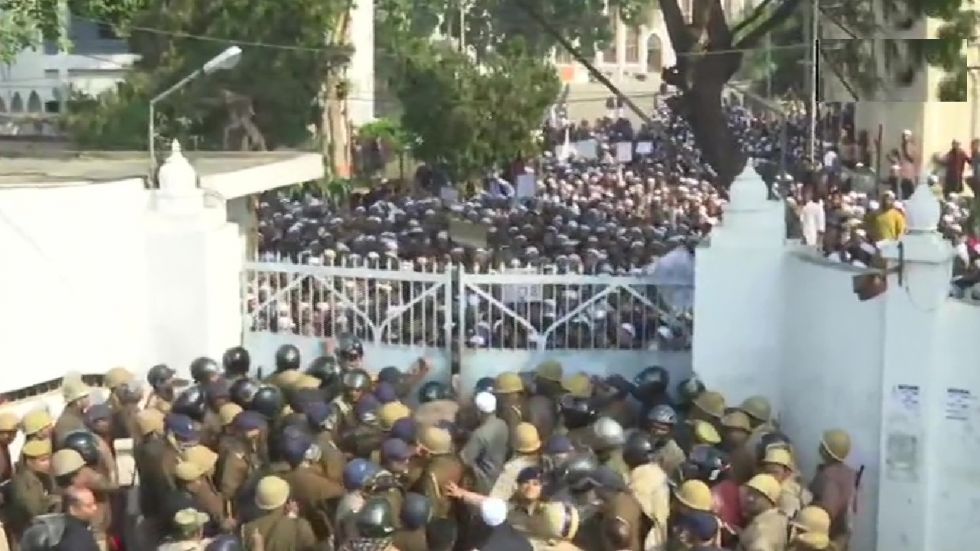 Violent protests erupted in Lucknow's Nadwa College against the brutal police crackdown on students of Delhi's Jamia Millia Islamia University, who were protesting against the controversial Citizenship Act, that grants Indian citizenship to illegal non-Muslim migrants from Bangladesh, Pakistan and Afghanistan. The students of Nadwa College clashed with police personnel, who were trying to enter the campus. The protesting students closed the gates of the campus and started hurling stones at the police.

The protests were held in solidarity with the students of Delhi's Jamia University and AMU where police launched a brutal crackdown on Sunday night. From Kolkata’s Jadavpur University to Hyderabad’s Maulana Azad National Urdu University, students have begun their agitation against the authorities.

"There was stone pelting for about 30 seconds when around 150 people had come out to protest and raise slogans. Situation is normal now. Students are going back to their classrooms," Superintendent of Police Lucknow, Kalanidhi Naithani said.

Students across India’s top universities are protesting against police aggression shown to their peers in Jamia. From candlelight vigils to marches, students in Hyderabad, Varanasi and Jadavpur are showing solidarity for ‘their friends in Jamia’. Meanwhile, students of the Tata Institute of Social Sciences have also decided to boycott the Monday classes over the police action.

While the Delhi Police maintains that the action was needed to curb the violence as stones were being pelted on them from inside the university, the students claimed that tear gas was lobbed inside the Jamia’s central library and some of them were dragged, thrashed by the cops.

In UP’s Aligarh, the Aligarh Muslim University administration on Sunday night announced that the institution will remain closed till January 5 after clashes broke out between police and students protesting against the Citizenship Amendment Act near the campus gate.