Jamia Protest: Rahul Gandhi said he stands in solidarity with those protesting peacefully against Citizenship Act and NRC. 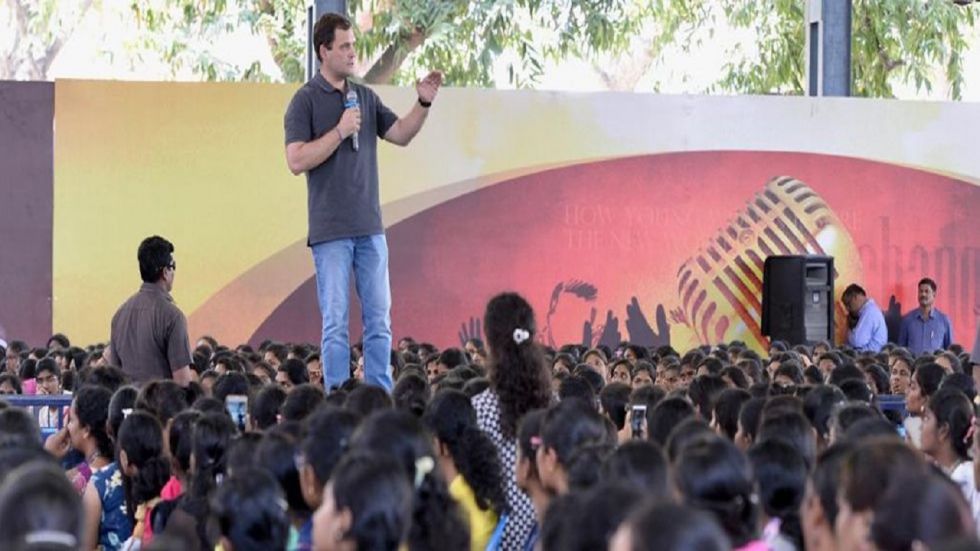 Amid ongoing protests over Jamia Milia Islamia crackdown, Congress leader Rahul Gandhi on Monday said he stands in solidarity with those protesting peacefully against the Citizenship Act. Taking to micro blogging website Twitter, Gandhi wrote: “The CAB & NRC are weapons of mass polarisation unleashed by fascists on India. The best defence against these dirty weapons is peaceful, nonviolent Satyagraha. I stand in solidarity with all those protesting peacefully against the CAB & NRC (sic).”

Students across India’s top universities are protesting against police aggression shown to their peers in Jamia. From candlelight vigils to marches, students in Hyderabad, Varanasi and Jadavpur are showing solidarity for ‘their friends in Jamia’.

Meanwhile, students of the Tata Institute of Social Sciences have also decided to boycott the Monday classes over the police action. “In the lights of events of relentless police brutality in the past week in universities of north East India, Jamia Milia Islamia and Aligarh Muslim University We the students of TISS have decided to call a boycott of today's classes and field work,” a statement by TISS students said.

Earlier, Priyanka Gandhi said that the government was being "cowardly" as it feared to hear the voice of people and was making its presence felt through "oppression" on students and journalists.

In a tweet late on Sunday night, the Congress leader said that Prime Minister Narendra Modi will have to listen to the voice of the youth sooner than later as his government was trying to suppress their voice and courage with its "hollow dictatorship".