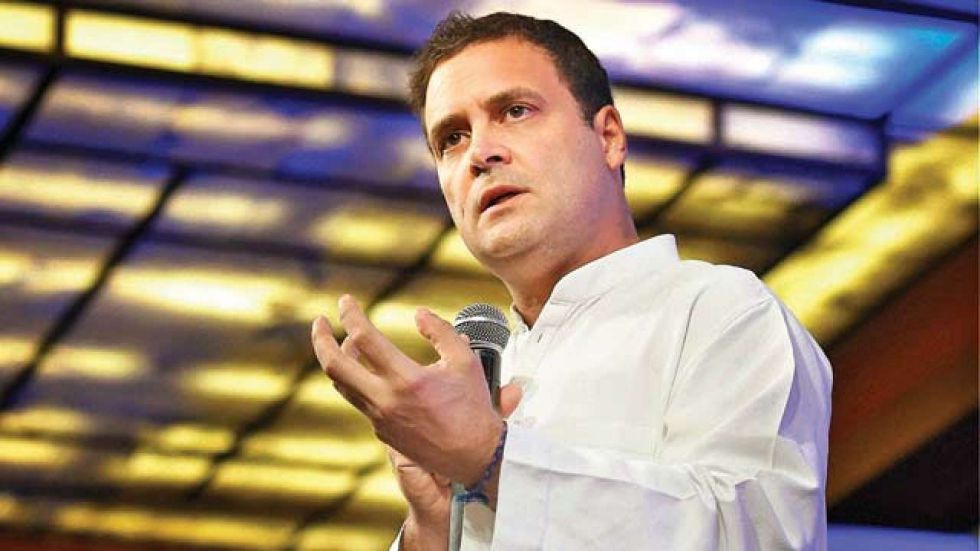 Amid massive protests in the North-East region over the controversial Citizenship Amendment Bill, former Congress chief Rahul Gandhi on Tuesday lashed out the Narendra Modi government. “The CAB is a attempt by Modi-Shah Govt to ethnically cleanse the North East. It is a criminal attack on the North East, their way of life and the idea of India,” the Wayanad lawmaker said in a tweet. He furthers said that, “I stand in solidarity with the people of the North East and am at their service.” While several illegal immigrants living in Rajasthan and Delhi have supported the Bill, many people in the North-East have opposed the idea of granting citizenship to illegal immigrants from Pakistan, Bangladesh and Afghanistan.

Meanwhile, a day after total shutdown in Assam to protest against the Citizenship (Amendment) Bill, fresh protests erupted in Assam. To tackle the situation, the police had to fire rubber bullets and resort to lathi charge on the protestors in Dibrugarh district, police said.

A journalist was injured in stone pelting by a mob and the police lobbed tear gas shells to disperse them near a polytechnic institute in Dibrugarh town, police said.

Though no organisation has called for a bandh on Wednesday, people have come out in large numbers in Jorhat, Golaghat, Dibrugarh, Tinsukia, Sivasagar, Bongaigaon, Nagaon, Sonitpur and several other districts since morning.

Tyres were burnt and logs placed on the roads and rail tracks to stop movement of vehicles and trains across the state, officials said. Police resorted to lathicharge to disperse protesters to clear the roads and rail tracks near Chaulkhowa in Dibrugarh. Rubber bullets were fired and lathicharge was carried out against agitators at Moran in the district, police said.

Unlike the 2016 scenario, the ruling government is confident of smooth passage of the Bill in the Upper House. According to official sources, the effective strength of the Rajya Sabha is 238. This makes 120 the majority mark. The Citizenship Amendment Bill, 2019 is expected to have the support of 127 members in the House.