Parliament approved the Citizenship (Amendment) Bill 2019 on Wednesday while Assam and Tripura continued to see protests. 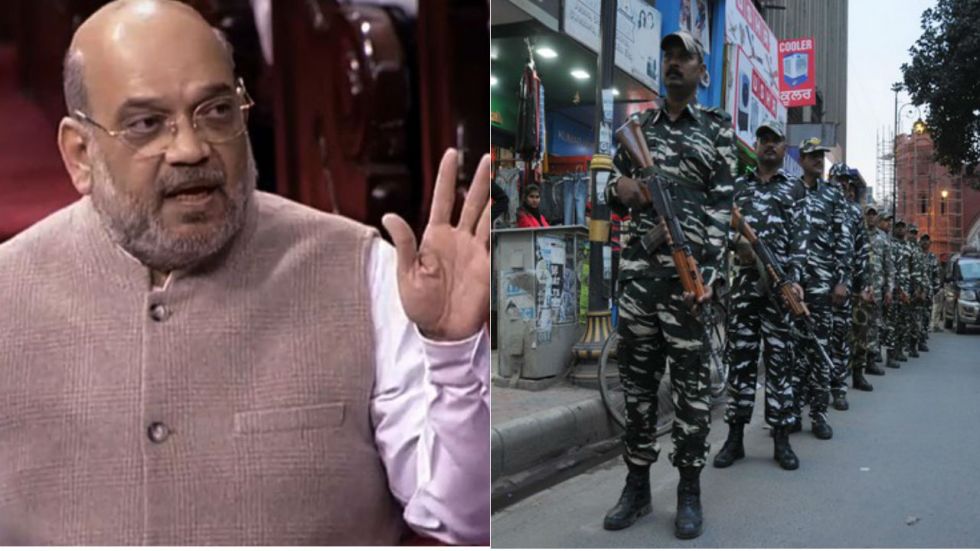 Parliament approved the Citizenship (Amendment) Bill 2019 on Wednesday with Rajya Sabha passing the contentious bill. As many as 125 MPs voted in favour of the Bill in the Upper House and 99 against it, Parliamentary Affairs Minister Pralhad Joshi said. The bill gives Indian citizenship to non-Muslim migrants from Pakistan, Afghanistan and Bangladesh. The Citizenship (Amendment) Bill, which seeks to provide Indian citizenship to non-Muslim migrants from Pakistan, Bangladesh and Afghanistan, was passed by Lok Sabha on Monday.

Meanwhile, Northeast states of the country continued to see protests against the Bill with indefinite curfew imposed in Guwahati and Dibrugarh districts of Assam while Army was called in at three places and Assam Rifles personnel were deployed in Tripura on Wednesday. The Army has been deployed in Guwahati, Tinsukia and Dibrugarh districts in Assam as the protests spread. Stones were pelted at the house of Assam Chief Minister Sarbananda Sonowal in Dibrugarh on Wednesday night amidst largescale protests against the Citizenship (Amendment) Bill.

In Rajya Sabha, BJP's former ally Shiv Sena made a quite exit from the House just before the voting. Earlier Shah had taken a dig at Sena asking what made it change its stand overnight after supporting the bill in Lok Sabha. Besides NDA constituents such as the JD-U, Shiromani Akali Dal (SAD) and AIADMK, the legislation was supported by the BJD, TDP, YSR-Congress and independents.

Apart from the three Shiv Sena MPs who were not present during voting, two members each of Samajwadi Party and NCP as also one of TMC were absent.

Earlier, Rajya Sabha rejected a motion to send the bill to a select committee of the House with 124 members voting against it as compared to 99 in its favour. The House also rejected several amendments moved by opposition members to the bill, mostly by voice vote. The Bill will now go to the President for his assent.

Indian Muslims Have Nothing To Fear: Amit Shah

During the debate before the voting, Union Home Minister Amit Shah asserting that Indian Muslims have nothing to fear as they will not be affected by the law. Replying to a six-and-a-half-hour debate on the bill, Shah on Wednesday rejected the Opposition charge that the bill was anti-Muslim.

He repeatedly stressed that the legislation will not take away anyone's citizenship and was only intended to help minority communities facing religious persecution in the three neighbouring countries.

"Indian Muslims are citizens of the country and will remain so.... Citizenship bill is not to snatch anyone's Indian citizenship. Muslims have no need to fear or worry," he said.

To a reference made by Samajwadi Party MP Javed Ali Khan, Shah said "India will never become Muslim-mukt even if you want so."

Shah also said that the opposition should not spread fear among Muslims.

On why persecuted minorities from countries such as Sri Lanka were not part of the legislation, Shah said 8-9 lakh Tamils from the island country had been given Indian citizenship in the past and the present law is to tackle a specific problem.

To repeated questions from opposition on why Muslims were being left out, he said Muslims from other countries have the right to apply for Indian citizenship as per existing rules. He also dismissed the opposition's claim that the legislation was unconstitutional and against the principle of secularism.

Article 14 of the Constitution does not prohibit Parliament from making laws in this regard if there is reasonable classification, he said.

The citizenship law goes hand in hand with another contentious programme, the National Register of Citizens in Assam. All 3.3 crore residents of the state had to prove, with documentary evidence, that they or their ancestors were Indian citizens. About 20 lakh people were left out of the state's citizenship rolls after that exercise.

Guwahati and Dibrugarh districts were placed under indefinite curfew. Army PRO Lt Col P Khongsai said two Army columns have been deployed in Guwahati city and are carrying out flag marches. Army has also been deployed in Tinsukia and Dibrugarh districts, officials sad. Troops of the Assam Rifles, a paramilitary force commanded by Army officials, were pressed into service in Tripura.

Internet services have been suspended in 10 districts of Assam, beginning 7 pm on Wednesday, as massive protests raged across cities, to prevent "misuse" of social media to disturb peace and tranquility and maintain law and order.

Internet services are already suspended in the entire state of Tripura for 48 hours from 2 pm on Tuesday to thwart attempts by mischief mongers to disturb peace. An order issued by the Tripura government also prohibits SMSes on the networks of all mobile service providers.

As tens of thousands of anti-CAB protesters descended on the streets of Assam on Wednesday, clashing with police and plunging the state into chaos of a magnitude unseen since the violent six-year movement by students that ended with the signing of the Assam accord, Guwahati and later Dibrugarh were placed under curfew.

Defying the curfew order protesters were still on the streets of Guwahati where most arterial roads were blocked.

Similar incidents were reported from Tripura capital Agartala. The Congress party has, meanwhile, called a shutdown in Tripura on Thursday.

Though no party or student body had called a shutdown in Assam, protesters, a majority of them students, fought pitched battles with security forces, including in front of the secretariat. Police fired tear gas shells and baton-charged protesters, who fought back.

A railway station in Dibrugarh's Chabua, the hometown of Chief Minister Sarbananda Sonowal, was set on fire by protestors late in the night. The Panitola railway station in Tinsukia district was also torched, a Northeast Frontier Railway spokesperson said.

Some student leaders, who went live on national TV, claimed many agitators were injured in police action in front of the secretariat. According to unofficial accounts, hundreds of protesters have been detained in Guwahati and other places like Dibrugarh and Jorhat.

Police opened fire in Assam capital Dispur to quell a protest by the agitators after water cannons, baton-charge and tear gas failed to rein them in. Police also fired at Ulubari, which is barely 500 m from the state police headquarters.

A large number of agitated students blocked the road near the secretariat complex and pulled down the barricade erected on the arterial G S Road, provoking police action. Police burst teargas shells and baton-charged the protesters, who were seen lobbing back the shells at men in uniform.

They also damaged a stage erected on the road for Prime Minister Narendra Modi's proposed summit meeting with his Japanese counterpart Shinzo Abe on Sunday.

In a rare show of solidarity with the protesters, government employees at the secretariat wore 'gamosa', the state's symbol of honour, and stood behind the gates and chanted slogans against the CAB. The Assam Secretariat Employees' Association also issued a statement supporting the protests and opposing the CAB.

Life virtually came to a grinding halt in Lakhimpur, Dibrugarh, Tinsukia, Jorhat, Sivsagar, parts of Guwahati and in some districts of Lower Assam. Gauhati and Dibrugarh Universities have postponed all examinations scheduled till December 14. Classes in most universities and colleges were not held as students joined the protests. Schools were open but there were hardly any children as buses they were travelling on were stranded.

Anti-CAB agitators also clashed with police in Dibrugarh where rubber bullets and tear gas shells were fired to break up protests. A journalist was reported injured in an stone throwing incident in Dibrugarh.

Stones were pelted at the house of Assam Chief Minister Sarbananda Sonowal in Dibrugarh on Wednesday night amidst largescale protests against the Citizenship (Amendment) Bill. Dibrugarh Deputy Commissioner Pallav Gopal Jha said stones were thrown at the house of the chief minister in the Lakhinagar area. Some windowpanes were damaged in the stone pelting, a caretaker of the house said, adding that Superintendent of Police Gautam Borah visited the house. The anti-CAB protesters also vandalised the houses of BJP MLA Prasanta Phukan and party leader Subhash Dutta, officials said.

Earlier in the day, Sonowal was stuck at the Lokpriya Gopinath Bordoloi International Airport in Guwahati for sometime due to the protests after he returned from Tezpur in a helicopter.

In view of the protests, the Northeast Frontier Railway has cancelled many trains and rescheduled some that originate from the state.