While Kantilal Bhuria has been given ticket to contest from Madhya Pradesh's Jhabua, Dilip Kumar Panda has been named as candidate from Bijepur seat in Odisha. 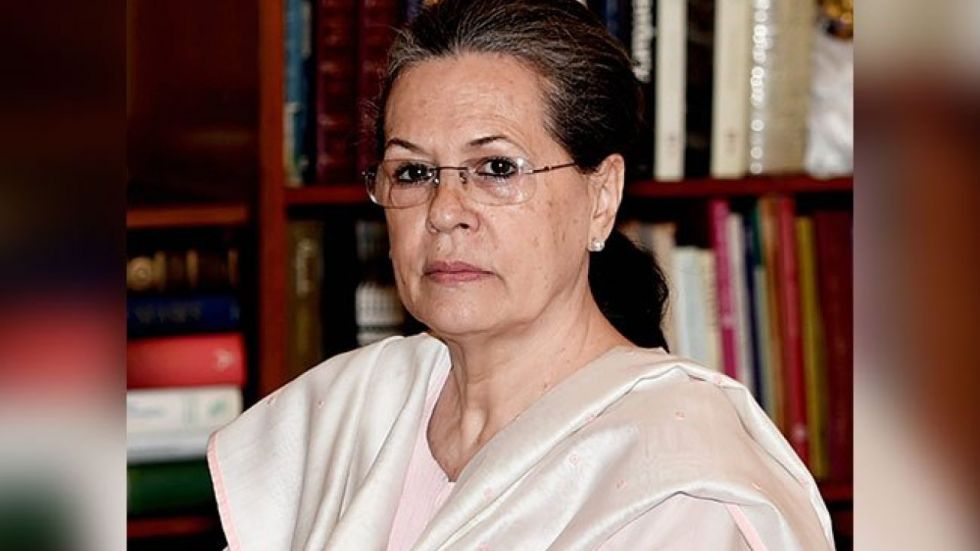 The Congress on Wednesday declared the names of four candidates for the upcoming Assembly by-elections, scheduled to take place on October 21 in Odisha and Madhya Pradesh. While Kantilal Bhuria has been given ticket to contest from Madhya Pradesh's Jhabua, Dilip Kumar Panda has been named as candidate from Bijepur seat in Odisha. Congress interim chief Sonia Gandhi approved the candidature of both Bhuria and Panda to contest the by-elections to the Legislative Assemblies of Madhya Pradesh and Odisha.

The by-poll in Bijepur assembly segment in Bargarh district was necessitated after Odisha Chief Minister Naveen Patnaik resigned from the seat. In 2019 Assembly elections, Patnaik had contested and won from both Hinjili and Bijepur seats in Odisha. Post that, the BJD chief decided to retain Hinjili seat in Ganjam and resigned from the Bijepur Assembly segment. 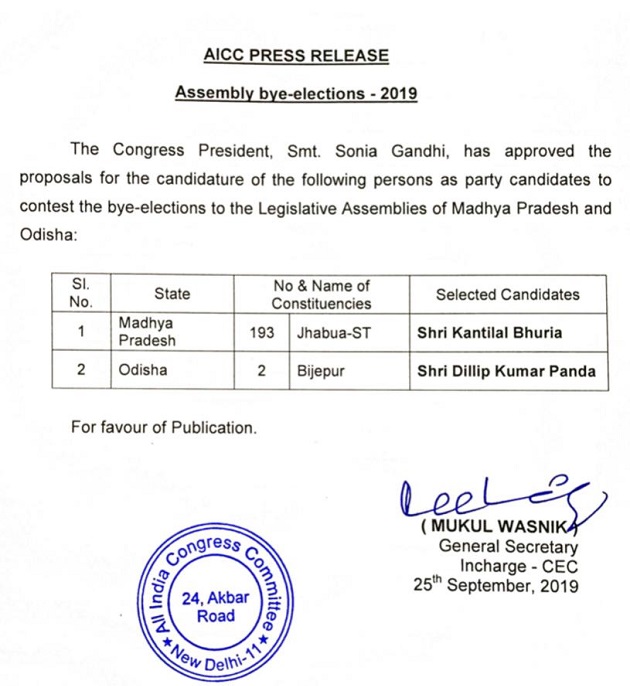 The Jhabua seat in Madhya Pradesh, on the other hand, fell vacant after MLA Guman Singh Damor was voted to the Lok Sabha in May. Damor, a Bharatiya Janata Party (BJP) was elected to the lower house of Parliament after he emerged victorious from Madhya Pradesh's Ratlam Lok Sabha seat in general elections this year.

States where assembly bypolls will be held include Arunachal Pradesh, Chhattisgarh, Telangana, Madhya Pradesh, Meghalaya, Odisha and Puducherry (one seat each). The other states are Uttar Pradesh (11), Assam (4), Bihar (5), Gujarat (4), Himachal Pradesh (2), Kerala (5), Punjab (4), Rajasthan and Tamil Nadu (two each) and Sikkim (3).

The October 21 bypoll will be held at 51 assembly seats across 17 states and Samastipur Lok Sabha constituency in Bihar. The counting of votes for all the states will be taken up on October 24.