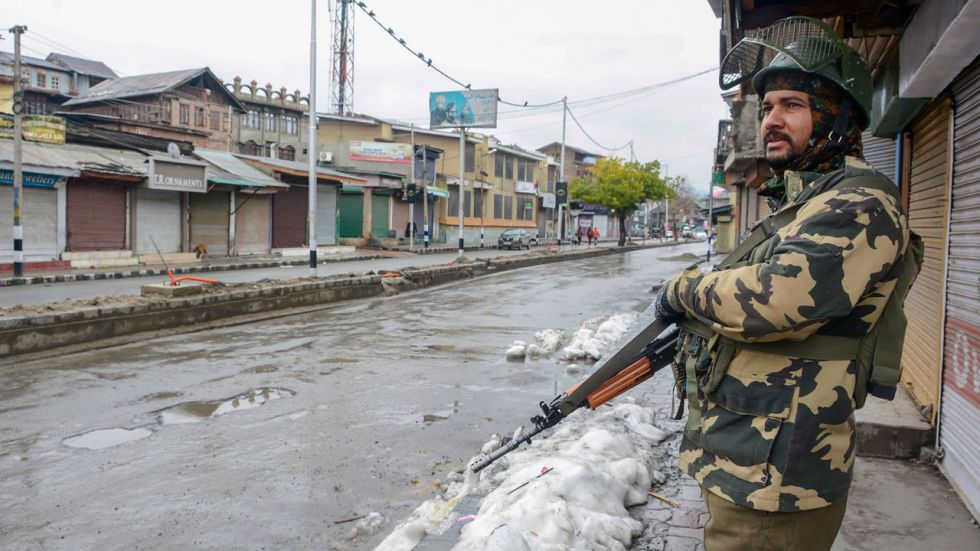 Terror suspects were arrested by a joint team of police and security forces. (Photo Credit : PTI )

Five terror suspects have been arrested by a joint team of police and security forces in Spore area of Baramulla district in Jammu and Kashmir. Earlier in October, two suspected overground workers of terrorists in the district were arrested by security forces. The suspects were arrested during a search of vehicles by Army and CRPF personnel at a checkpoint in Sopore town, the officials said, adding, two hand-grenades were seized from them.

The suspects were handed over to police for questioning and further legal action.

The law and order situation has improved in Sopore and elsewhere in the Valley, he had said.

The town has been mostly cleared of terrorists and efforts are on to make it terrorism free, the director general of police (DGP) said after inspecting a police station building in Sopore where 20 people were injured in a grenade attack on October 28.

"Sopore became notorious for a large presence of terrorists over the years and was witnessing frequent law and order problems. However, the situation has changed due to alertness of police, army and CAPF and cooperation of the people... the area has almost been cleared of terrorists," Singh told reporters.

There are still "some elements, including a local self-styled commander of the Lashker-e-Taiba (LeT) Sajad Ahmad Mir alias Hyder,active and threatening people including shopkeepers and fruit traders", the DGP said.

Police and other forces are working to neutralise them," he said expressing satisfaction over the improvement in the overall law and order situation in the apple-rich town.