All four accused in the rape and murder of a Hyderabad veterinarian were killed in an encounter with the Telangana Police in the early hours of Friday. 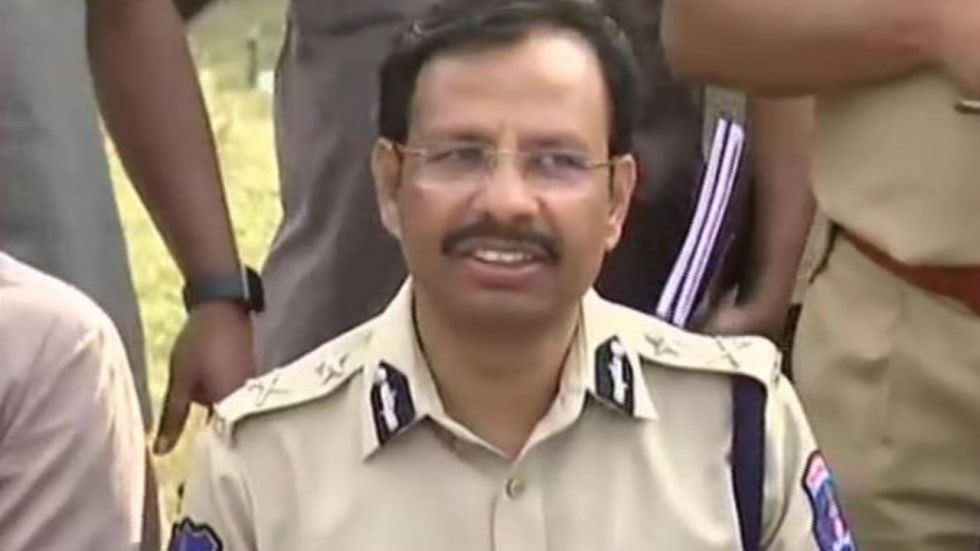 The four accused arrested in connection with the rape-and-murder of a 25-year-old woman veterinarian last month were killed in an alleged encounter with the police Friday morning, police said. “The four accused were killed in an encounter with the police,” Cyberabad Police Commissioner V C Sajjanar said. The four men, all lorry workers, aged between 20 and 24, were arrested on November 29 for allegedly raping and killing the woman by smothering her and later burning her body.

They were in remanded to 7 days’ judicial custody. They were taken to the crime scene Friday morning by the police as part of the investigation, a source said. “They fired upon the police team and we retaliated in self-defence. Two of our men are also injured in the incident,” the source told PTI. The gang rape-and-murder triggered a nation-wide outrage with the public and lawmakers demanding speedy punishment to the perpetrators. The state government has ordered setting up of a fast track court to expedite the trial.

The accused were in police custody for 10 days. On Dec 4 we interrogated them and that is when they confessed that it was at this spot that they had committed the crime. We brought them here to recreate the scene: Commissioner VC Sajjanar

'Mohammed, one the accused fired at us first & the 4 accused got killed in retaliation', says Cyberabad CP VC Sajjanar.

During the encounter, two policemen were injured and are being treated at a local hospital: Cyberabad Police Commissioner VC Sajjanar.

"She was kidnapped and sexually assaulted, and her body was burnt... We have collected a lot of scientific intelligence based on which we apprehended 4 people": Cyberabad Police Commissioner VC Sajjanar.

We have also seized two weapons from the accused persons. The body of accused have been shifted to local govt hospital for PME.

Cyberabad CP VC Sajjanar on today's encounter: Today, the police brought the accused to the crime spot as part of investigation. The accused then attacked the police with sticks and then snatched the weapons from us and they started firing on police.

The encounter took place between 5:45 AM and 6:15 AM: Cyberabad CP VC Sajjanar on Hyderabad case.

Two accused snatched our weapons and fired at us: says Telangana Police after Hyderabad encounter.

On 4 and 5 December, we interrogated the accused after taking the accused into police custody, says Telangana Police after Hyderabad encounter.

We have collected scintific clues from the spot, says Telangana Police after Hyderabad encounter.

We Have Investigated All Angles And Collected Proofs, Says Telangana Police After Hyderabad Encounter

Pappu Yadav announces 50 thousand reward to cops who were involved in Hyderabad encounter.

Baba Ramdev on Telangana encounter: What police has done is very courageous and I must say that justice has been delivered. Legal questions over it are a different matter, but I am sure people of the country are at peace now. pic.twitter.com/7WJcCoIM8z

Jo bhi hua hai bohot bhayanak hua hai is desh ke liye, you cannot kill people because you want to. You cannot take law in your hands, they(accused) would have been hanged by Court anyhow

What happened in Hyderabad will act as a deterrent against criminals surely, we welcome this. In Bihar as well, cases of crimes against women are increasing. The state Govt here is lax and doing nothing.

The rape cases that have come to light of late, people are in anger whether it is Unnao or Hyderabad, so people are expressing happiness over the encounter, says Delhi Chief Minister Arvind Kejriwal on Telangana encounter.

#WATCH Hyderabad: People celebrate and cheer for police at the encounter site where the four accused were killed in an encounter earlier today. #Telangana pic.twitter.com/WZjPi0Y3nw

Great work #hyderabadpolice ..we salute u 🙏

It has been 10 days to the day my daughter died. I express my gratitude towards the police & govt for this. My daughter's soul must be at peace now, says father of the woman veterinarian on all 4 accused killed in police encounter.

#WATCH Hyderabad: Reaction of girl students when news of encounter of the accused in murder and rape of woman veterinarian broke out pic.twitter.com/z238VVDsiC

Asha Devi, Nirbhaya's mother on all four accused in rape&murder of woman veterinarian in Telangana killed in encounter: I am extremely happy with this punishment.Police has done a great job & I demand that no action should be taken against the police personnel. pic.twitter.com/frL3sRqcD6