In Assam, Final NRC List With Names Of All 3.30 Crore Applicants Published Online

The Final NRC list contains the exact status of the people left out in the 2018 draft. (File Photo)
HIGHLIGHTS

The Final NRC List with names of all 3.30 crore applicants in Assam was published online today. The individuals can check their status on the official site https://www.nrcassam.nic.in. NRC state coordinator Prateek Hajela said that the final list, which was published on August 31, consisted only of supplementary lists and several queries were being received about the publication of overall results of all family members "irrespective of their involvement in the claims and objections process".

The final list was published at 10 am on August 31st and the hard copies of the Supplementary List of Inclusions are available for public viewing at the NRC Seva Kendras (NSK), offices of the deputy commissioner and offices of the Circle Officer during office hours, the statement said.

The Supreme Court-monitored NRC update exercise published first draft in July last year. It should be noted that the final list, which was published today, can be termed as the supplementary list of the draft published in July last year. The 2019 list contains the exact status of the people left out in the 2018 draft.

In the complete draft of the NRC, which was published in July last year, names of 40,07,707 people were excluded. It had which contained names of 2,89,83,677 eligible persons out of a total 3,29,91,384 applicants. Names of additional 1,02,462 persons were included in the list of excluded persons in June this year taking the total ineligible persons to 41,10,169 in the complete draft.

Though there have been some buzz over such an exercise across the country, at present, Assam is the only state that is carrying out the NRC policy. The citizens’ register was last updated in 1951. Assam had faced influx of people from Bangladesh since the early 20th Century.

Meanwhile, even as various stakeholders debate over the final list of the National Register of Citizens (NRC), which was released by the Home Ministry on August 31st, Himanta Biswa Sarma has reportedly said that the BJP-led Assam government is set to move the Supreme Court for review of the key procedures of the entire exercise. 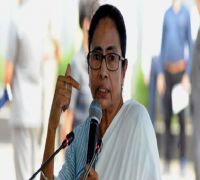 Trinamool Congress Will Not Allow Implementation Of NRC In West Bengal: Mamata 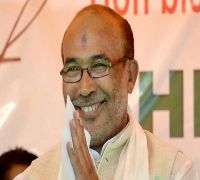 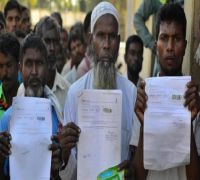