The order said that the 2G mobile connectivity on post-paid mobiles for accessing white-listed websites including e-banking will be allowed in districts of Jammu, Samba, Kathua, Udhampur and Reasi. 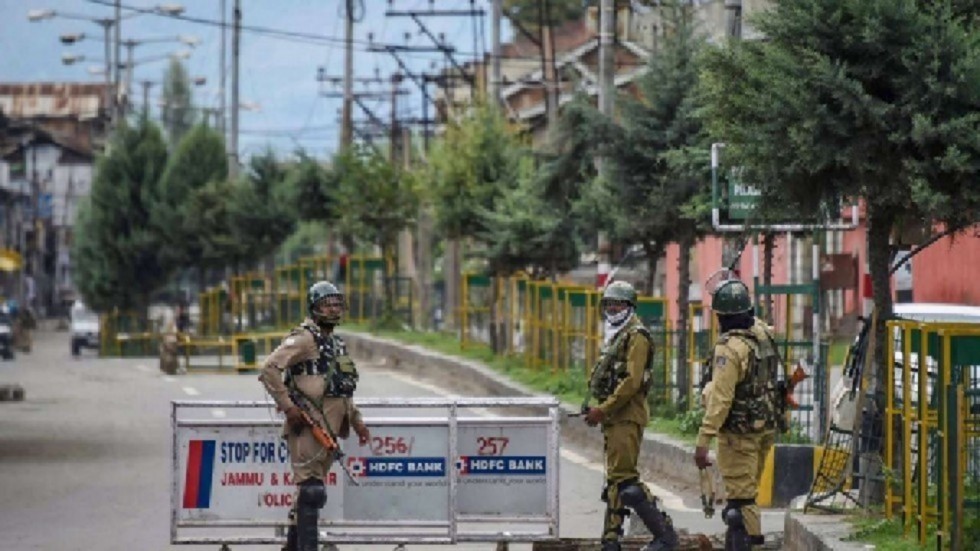 Jammu and Kashmir: Users will not be able to access any social media sites and messaging services. (Photo Credit : File Photo: PTI )

The Jammu and Kashmir administration on Tuesday evening allowed mobile Internet in parts of Jammu region and broadband in hotels, travel establishments. In a three-page order, the home department said additional 400 internet kiosks will be established in Kashmir division. However, users will not be able to access any social media sites and messaging services, said the order issued by Principal Secretary, Home, Shaleen Kabra. 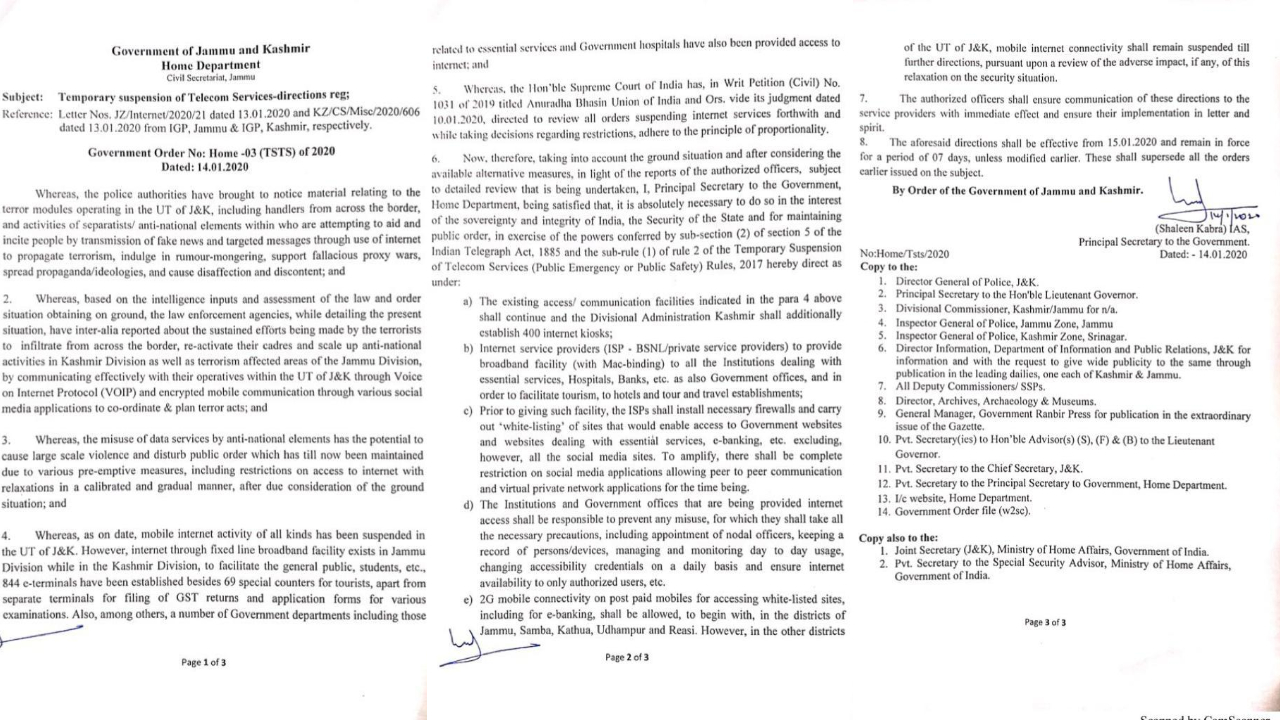 Official notice by the Jammu and Kashmir administration

The order also said that the 2G mobile connectivity on post-paid mobiles for accessing white-listed websites including e-banking will be allowed in districts of Jammu, Samba, Kathua, Udhampur and Reasi—all in the Jammu region.

US Envoy in Kashmir

This can be seen in line with US State Department  expressing concern over the continued detention of political leaders and restrictions on internet in Jammu and Kashmir. The twitter handle of US State Department’s bureau of South and Central Asian Affairs (SCA) said that it was closely following the visit of US Ambassador to India Keneth Juster and other foreign envoys’ visit to Jammu and Kashmir.

“Closely following USAmbIndia and other foreign diplomats’ recent trip to Jammu and Kashmir. Important step,” the bureau of SCA said in a tweet.

“We remain concerned by detention of political leaders and residents, and Internet restrictions. We look forward to a return to normalcy. AGW,” it said in the tweet.

The order by the Jammu and Kashmir administration comes days after the Supreme Court had made harsh observation on the JK administration for snapping Internet services, which the apex court said was a fundamental right of the people.

This came days after Supreme Court ordered Jammu and Kashmir Administration to review all restrictive orders, including internet ban, with a week. The top court said this while delivering a verdict on a batch of petitions on the situation in the Union Territory after the abrogation of Article 370. The court said that such suspension can only be for a limited time period and is subject to judicial review. “It is no doubt that freedom of speech is an essential tool in a democratic setup. Freedom of Internet access is a fundamental right under Article 19(1)(a) of free speech,” the court observed.

The order was passed by a three-judge bench, headed by Justice NV Ramana. Other members of the bench are Justices R Subhash Reddy and BR Gavai. The court said that all orders should be put in the public domain which can then be challenged in a court of law.