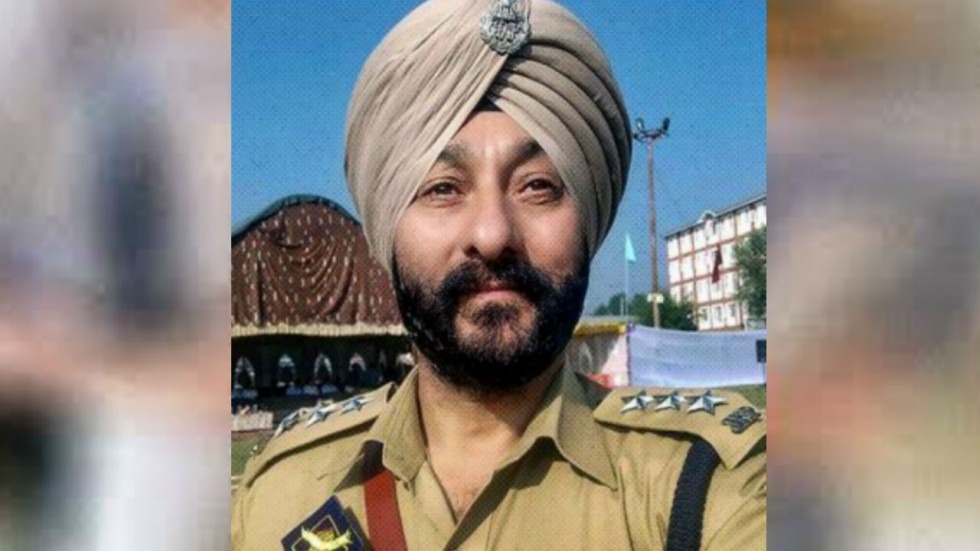 Davinder Singh was awarded the gallantry medal by the erstwhile Jammu and Kashmir state in 2018 (Photo Credit : Composite Image )

Jammu and Kashmir Police has also recommended dismissal of Davinder Singh and handing over the case to the National Investigation Agency (NIA). After taking charge of the case, NIA is also expected to look into whether Singh had any role in the 2001 parliament attack. Afzal Guru, who was executed for his role in the attack, had alleged Singh's involvement in Parliament attack.

Police had arrested Davinder Singh at Mir Bazar in Kulgam district of south Kashmir along with Hizbul Mujahideen terrorists Naveed Baba and Altaf, besides an unidentified lawyer who was working as an overground worker for terror outfits.

Jammu and Kashmir Police Chief Dilbag Singh on Wednesday the law will take its own course and whatever is necessary as per law will be done in the case.

"These kind of activities are not going to deter us or make any impact on our morale which rather gets further strengthened. We don't believe in sheltering or protecting such type of people. We are very strict with them and in the past we have also removed people from service. We are very ruthless and we will be very ruthless in this case also," Dilbag Singh said.

On the progress of investigation in the case, Dilbag Singh said what he revealed during interrogation would be shared at the right time.

"He was involved in a criminal act and is being treated like a terrorist," the DGP said.

Asked whether any other official was under scanner following the arrest of Davinder Singh, the DGP said, "There is no need for speculations and investigation in the case is ongoing. However, if anybody is found involved in this nexus, he will not be spared."

In response to another question about any follow up arrests in the case, he said no arrests have been made so far. The DGP said the police has its own internal surveillance system and as soon as his involvement came to light, appropriate action was taken.