The By-election To Both The Constituencies Has Been Dubbed As A Prestige Battle For The BJP And The Congress Ahead Of The Parliamentary And Assembly Polls Later In The Year.

The counting of votes for high-stakes Jind bypoll and Rajasthan Assembly Election in Ramgarh constituency has taken up at 8 am on Thursday. The bypoll in Jind was necessitated following the death of INLD MLA Hari Chan Middha. This time the party has fielded Umed Redhu to retain the seat. Krishna Middha, the son of late INLD MLA Hari Chand Middha is the BJP's candidate for the election. Congress has fielded its prominent leader and national spokesperson Randeep Singh Surjewala to fight the prestige battle with the BJP. The contest is also important for the Jannayak Janata Party (JJP) which was formed after a split in the Indian National Lok Dal (INLD) last December. The JJP has put its weight behind Digvijay Chautala, the younger son of jailed leader Ajay Singh Chautala, to contest the election. As many as twenty-one candidates including two women are in the fray.

In Ramgarh, the election was deferred following the death of BSP candidate Laxman Singh a few days before the December 7 Rajasthan Assembly polls. Twenty candidates, including two women, are in the fray. The BSP has fielded former union minister Natwar Singh's son and former MLA Jagat Singh, while former Alwar Zila Pramukh Shafia Zubair Khan is contesting as Congress candidate. Sukhwant Singh is contesting on a BJP ticket in the constituency.

Here are the Highlights on Jind and Ramgarh assembly bypoll results:

Congress candidate Randeep Singh Surjewala on Jind bypoll result: I hope Manohar Lal Khattar and Krishna Middha ji will fulfil the dreams of the people of Jind. I was given a responsibility by the party which I fulfilled to the best of my abilities, I congratulate Krishna Middha ji.

Randeep Surjewala on Jind bypoll result: I hope Manohar Lal Khattar and Krishna Middha ji will fulfil the dreams of the people of Jind. I was given a responsibility by the party which I fulfilled to the best of my abilities, I congratulate Krishna Middha ji. pic.twitter.com/O97opemVsY

Jind bypoll results: BJP workers are celebrating outside Krishna Middha's office as he takes a massive lead by over 15,000 votes. However, the official result is yet to be declared.

After chaos and lathicharge, counting of votes resumes in Jind. 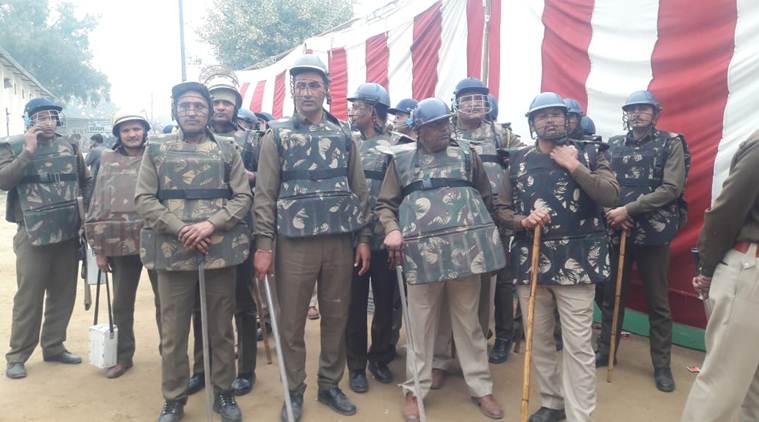 Counting has been stopped for Jind by-elections. The Congress and the JJP alleged irregularities in 2-3 EVMs.

"I'm happy that people took a well meditated step. They've taken right decision. I thank them&express my gratitude. They've given a message at a time when it was much needed. It'll encourage the party ahead of Lok Sabha election," says Rajasthan Chief Minister Ashok Gehlot after the Congress andidate's victory in Ramgarh bypoll.

Jind assembly by-elections: BJP leading by 10,103 votes at the end of 6th round.

Jind bypoll results: After the fourth round of counting, BJP dethrones JJP, leading by 2038 votes. 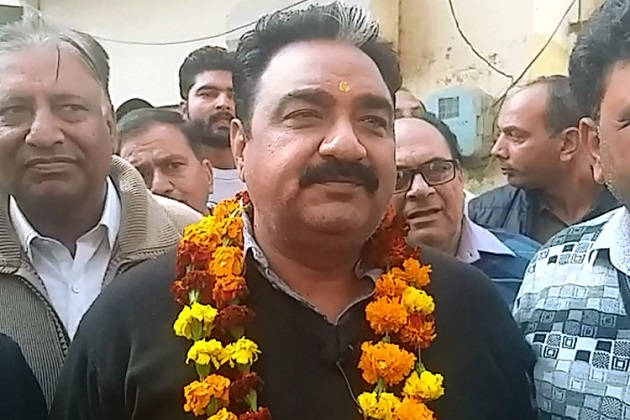 Ramgarh by-election results: At the end of the 13th round of counting, Congress leading with a margin of 16221 votes.

Jind by-election results: After the third round of counting, Congress dethrones BJP to claim the second spot. JJP taking a comfortable lead with 3334 votes.

Congress widens the gap in Ramgarh, takes a comfortable lead with 57216 votes.

Ramgarh Assembly bypolls: After 10th round of counting, Congress takes a massive lead with 46,556 votes. BJP and BSP are at second and third place with 37,236 and 9164 votes respectively.

After the 8th round of counting, Congress is leading with
42160 votes in Ramgarh.

Jind bypoll results: After the second round of counting the JJP is leading with 4253 votes. The BJP, Congress and INLD are at second, third and fourth spot respectively.

Ramgarh Assembly bypoll results: After the 7th round of counting, Congress is leading with 12,601 votes. BJP and BSP are trailing with 24899 and 5522.

After the 6th round of counting, Congress leading with 12936 votes in Ramgarh. 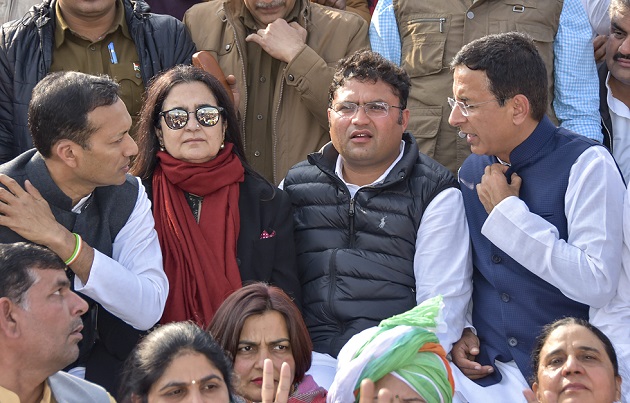 Congress's Randeep Singh Surjewala and Jannayak Janata Party (JJP)'s Digvijay Chautala are present at the counting centre in Haryana's Jind as counting of votes has started.

All eyes will be on Jagat Singh, who is the BSP candidate from Ramgarh. Singh Joined the Mayawati-led party after he was denied ticket by the BJP.

A victory in Ramgarh constituency will help the Congress touch 100 in the 200-member Rajasthan Assembly, reducing its dependence on support from other non-BJP parties.

In Rajasthan’s Ramgarh, a total of 2.35 lakh voters cast their votes, registering a voter turnout of 79.04 per cent on Monday.

The high-stake election is considered a referendum on the Manohar Lal Khattar government and also a semi-final ahead of the Lok Sabha elections 2019.