The Prime Minister, who donned a 'veshti,' (dhoti) and a shawl over his shoulder in sync with Tamil tradition while receiving Xi at the ancient coastal town near here, released its Tamil version which perfectly toes the tradition for rendition in verse format. 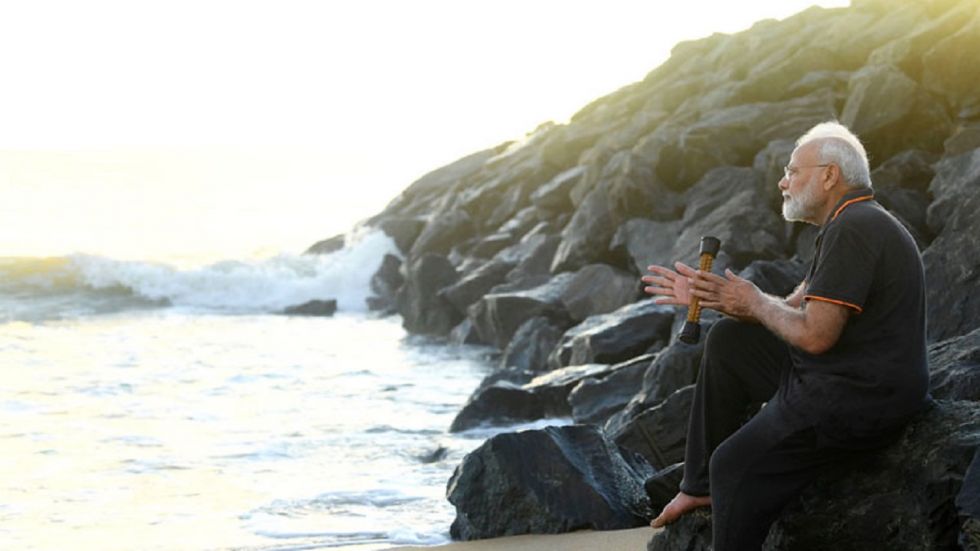 Taking forward his Tamil pitch, Prime Minister Narendra Modi on Sunday released a Tamil translation of his poem on his conversation with the ocean at Mamallapuram during his recent visit for the informal summit with Chinese President Xi Jinping.

The Prime Minister, who donned a 'veshti,' (dhoti) and a shawl over his shoulder in sync with Tamil tradition while receiving Xi at the ancient coastal town near here, released its Tamil version which perfectly toes the tradition for rendition in verse format.

Modi had won appreciation from state ministers and political parties, including the PMK. Days after stating that his conversation with the ocean "carries the world of my feelings. I am sharing the feeling with you in the form of a poem," Modi tweeted, tagging its Tamil version on Sunday.

The Tamil rendition of Modi's poem comes against the background of a series of gestures in recent times which are seen as a bid to reach out to the Tamil people after the Centre was accused by political parties in the state of trying to impose Hindi.

The charge was made after Home Minister Amit Shah batted for Hindi as a common language last month. Later, he clarified he did not mean imposition of Hindi.

"3000 years ago, a great poet of India, Kaniyan Poongundranar wrote in Tamil, the most ancient language of the

It meant 'we belong to all places, and to everyone', Modi had said, adding this sense of belonging beyond borders

was unique to India.

Later during his recent visit to Chennai, Modi had said Tamil was now echoing across America and he extolled its rich antiquity at the convocation ceremony of IIT Madras.

Addressing the convocation he had said, "We are in the state of Tamil Nadu, which has a special distinction. It is home to the oldest language in the world, Tamil."

At Mamallapuram, he had also welcomed Xi in Tamil. The Prime Minister's ocean poem in Tamil captures the magnificence of the ocean, its strength, humility and endless journey which taught lessons of life and gave the "mantra that growth is life." His verses also has shades of philosophy and spirituality.

Modi had said while strolling on the beach, he got lost in "conversation" with the ocean.

He had also had released a three-minute video of his plog on the beach where he was seen collecting waste and urged the people to ensure that public places are clean and tidy.

His collection of poems titled "A Journey" is already available.