On Friday, senior officials, including Tihar Director-General Sandeep Goel, visited Jail No 3, where the hanging will take place, to inspect the preparation and were satisfied with it. 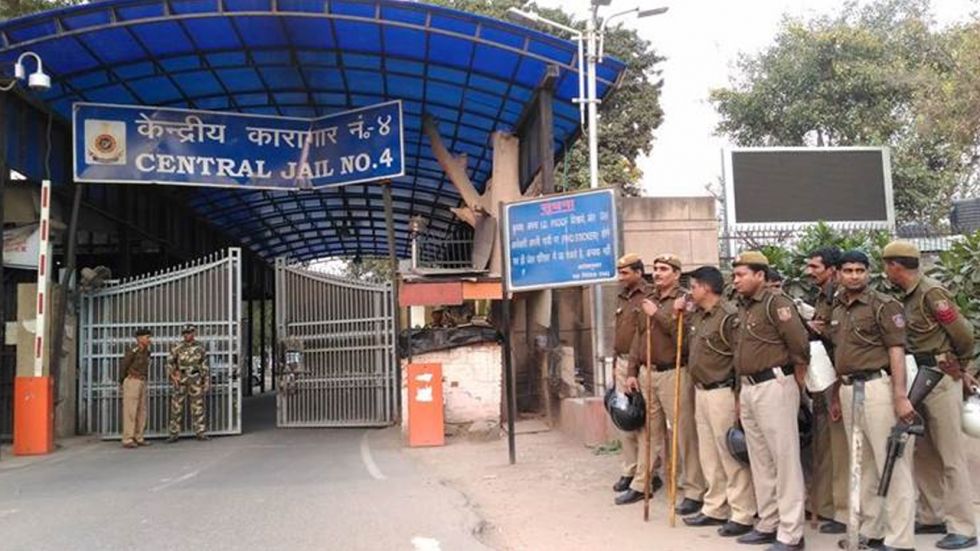 The four convicts facing death in the 2012 Nirbhaya rape and murder case are under depression and Tihar Jail officials are keeping a close watch to ensure they do not harm themselves, prison sources said on Friday. Four-five security personnel have been assigned to each of the four convicts, the sources said. The four Akshay, Mukesh, Pawan Gupta and Vinay Sharma have also reduced their food intake, they added.

On Friday, senior officials, including Tihar Director General Sandeep Goel, visited Jail No 3, where the hanging will take place, to inspect the preparation and were satisfied with it. The four convicts have been on a suicide watch since Ram Singh, one of the convicts, allegedly killed himself in 2013 but there is an increased monitoring now, the sources said.

A juvenile, who was among the six accused, was convicted by a juvenile justice board. He was released from a reformation home after serving a three-year term.

To ensure that any information is not leaked out in the high-profile case, Tihar jail officials’ phones have been put on surveillance. On Friday, all four were produced before a court via a video link in an in-chamber proceeding and the judge verified their identity.

Earlier, the hangman at the Meerut prison indicated that he is ready to carry out the execution in the Tihar Jail of the men convicted of raping and murdering Nirbhaya in 2012. Pawan Jallad, who is a third-generation hangman, said his grandfather had carried out the hanging of the two men involved in the assassination of the then prime minister Indira Gandhi besides notorious criminals Ranga and Billa.

“I am ready to carry out the execution if asked by the jail administration,” Pawan Jallad told PTI on phone, referring to the authorities at the Meerut jail.

Amid reports about preparations to hang the four men convicted of the rape and murder, the Uttar Pradesh’s Additional Director General (Prisons) Anand Kumar confirmed that Delhi’s Tihar Jail has sent out a request for hangmen.

“The Tihar Jail had asked Uttar Pradesh to provide two hangmen at short notice but since one of them in Lucknow is unwell, the other one in Meerut has been asked to remain prepared,” he said.

Jallad, who is about 55-year-old, however, said he is not aware of the identity of the convicts to be hanged but added that as the Nirbhaya case is in the news right now he might be required for those convicted in that.

Though he has not yet got any instructions from the Meerut jail administration, he said he is ready to go to Tihar Jail on 24 hours’ notice.

Pawan said his father and grandfather were also hangmen. “My grandfather Kallu Jallad and father Babbu Jallad had done this job. I personally helped my grandfather in five executions,” Pawan claimed, adding that he accompanied his grandfather to Patiala, Allahabad, Agra and Jaipur in the past to carry out executions.

On preparations before any hanging, he said, “I have to check the strength of the rope and the platform needed for hanging besides attending to the lever used for it.”

He added that the actual preparation is undertaken two to three hours before an execution early in the morning. Jallad said he feels no pressure as he will be executing those who had carried out the most heinous crimes.

However, the hangman said he was not happy with his profession. “It becomes difficult to get employment at other places due to the job. Earlier, we got only Rs 3,000 in wages, which was increased to Rs 5,000 after lots of efforts. Who can run the household with this meagre sum. Our family is going through this bad phase for the past half a century,” he said.

Earlier, ADG (Prisons) Anand Kumar had said they received a request for two hangmen from the Tihar administration through fax on December 9. The UP Prisons Administration has two hangmen on its rolls, one in Lucknow and another in Meerut.

The four convicts in the Nirbhaya case—Pawan Gupta, Akshay Thakur, Mukesh Singh and Vinay Sharma—are on death row for two years. Six people were convicted for brutally raping and murdering the 23-year-old paramedical student in a moving bus while she was on her way back home on December 16, 2012.

Of the six people convicted in the case, one was a minor, who was sent to a rehabilitation centre, and another, Ram Singh, committed suicide in the Tihar Jail.