Sitharaman had counted on estimates used in the Interim Budget presented on February 1, even as the CAG had provided revised estimates till July 5, when the annual budget was presented by her. 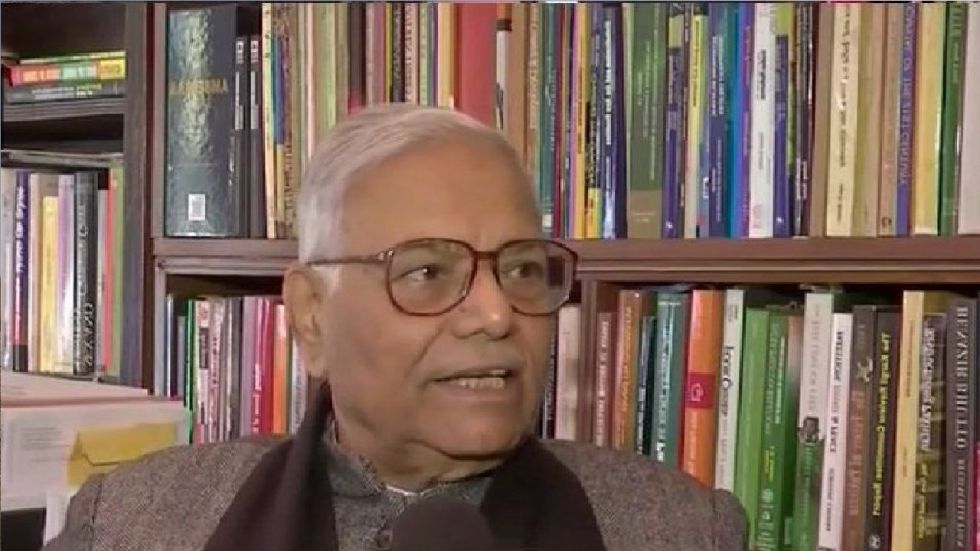 Former BJP leader Yashwant Singa on Sunday made a startling claim that Finance Minister Nirmala Sitharaman "fudged" budget figures to hide the real fiscal deficit. Sinha, who himself was a finance minister during the Atal Bihari Vajpayee government, alleged that Sitharaman had counted on estimates used in the Interim budget presented in February 1 even as the CAG had provided revised estimates till July 5, when the annual budget was presented by her.

Speaking at the Mumbai Lit Fest, Sinha said, "She (Sitharaman) used revised estimates....because the revenue receipts had declined so considerably that she wouldn’t have claimed that fiscal deficit would be only 3.3 per cent or whatever that claim was," Sinha said. "She fudged the figures and it was so blatantly obvious that the figures were fudged," he alleged.

He had called up a few MPs highlighting the discrepancy, but none of them took it up in the House, he said. The bureaucrat-turned-politician said the country was in a "mess", which was far more serious than what was imagined six months ago, and extended beyond the economy.

He also hit out at the Narendra Modi government for revoking the Overseas Citizen of India status of writer Atish Taseer, comparing the situation to Emergency, and added that an era of “personal vendetta” had begun. Taseer’s OCI status was withdrawn for allegedly not disclosing that his father was a Pakistani national.

The Government had denied that it had anything to do with his unflattering article about Modi in the Time magazine. Referring to jailed former finance minister P Chidambaram, Sinha alleged that the Modi government had also scrutinised all the decisions taken by him (Sinha) in the last four decades. He had, still, chosen to speak his mind, he added.