Kailash Satyarthi has also been active in a wide range of other organizations working against child labor, and for the rights of children. 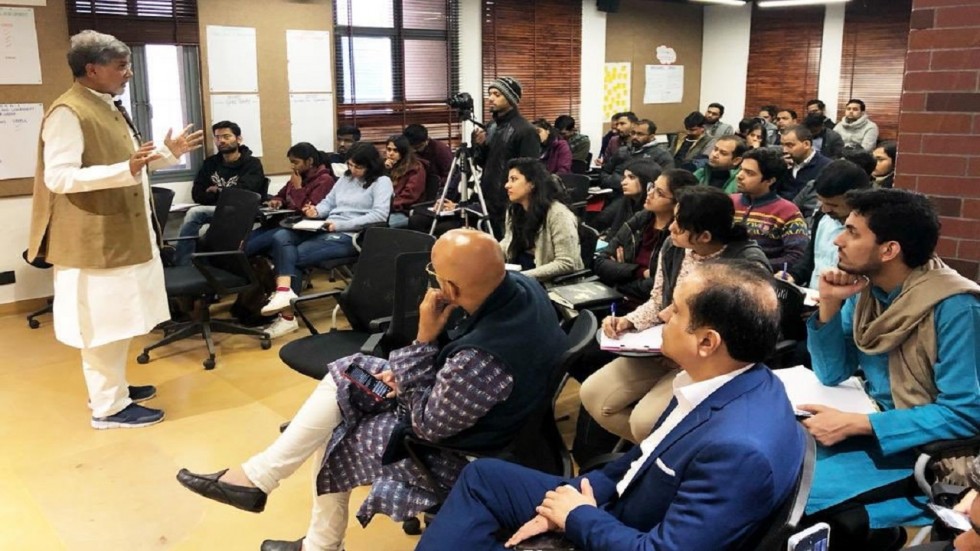 The Indian School of Public Policy (ISPP) hosted an interaction with Nobel Peace Laureate Kailash Satyarthi, at its premises, on 07 January 2019. Born in the Vidisha district of Madhya Pradesh in India, Kailash Satyarthi worked as a teacher in his hometown, post the completion of a degree in electrical engineering. In 1980, he left teaching and founded the organization Bachpan Bachao Andolan, which has freed thousands of children from slave-like conditions. He has also been active in a wide range of other organizations working against child labor, and for the rights of children.

Following the tradition of Mahatma Gandhi, Satyarthi has waged a peaceful struggle to stop children from being exploited as labor, and instead attending school. He has also contributed to the development of international conventions on the rights of children. In 2014, Satyarthi was awarded the Nobel Peace Prize for his work against the suppression of children and young people, and for the right of all children to education.

During his interaction with public policy scholars, Satyarthi touched upon his journey, the challenges and milestones achieved, emphasizing on how youth serve as an important solution for various challenges faced by the country; he also stressed on the need for active participation of the youth of today, alongside proper purpose, guidance and direction. Speaking on the subject of generating awareness via important media such as social media, he added: “In today’s times, social media plays an important role in drawing attention to injustice of any kind, spreading awareness, and encouraging voicing important concerns. Silence is violence, as far as injustice is concerned.”

Priyanka Mehta, a public policy scholar, who attended the sessions, recounts her experience: “The iteration of Satyarthi’s journey reminded us that the power of the citizen collective, coupled with that of democracy, creates an essential space for empowerment. As policy makers, he made us consider the immense power of advocacy. Consequently, we witnessed the necessitation and power of updating and amending our legislation to suit the humanitarian cause of our nation.”