Parliament LIVE: For The Latest Updates On Budget Session, Stay Tuned To Newsnation.in

Delhi violence is expected to dominate proceedings in the Parliament on Tuesday as well. (Photo Credit: Twitter-ANI)

The Lok Sabha and Rajya Sabha are set to resume today at 11 AM a day after relentless opposition members, which included those from the Congress, DMK, the Left and the TMC, forced repeated adjournments over the communal violence in Delhi. The government managed to introduce a few bills in the two Houses amid aggressive opposition, whose slogan-shouting members were in Well, and refused to return to their seats. The Speaker finally adjourned Lok Sabha till Tuesday after expressing his pain at the developments during the day. "I am personally pained at the developments in the House. You are not pained. I do not want to run proceedings under such circumstances.... Everybody should deliberate to ensure that the dignity of the House is maintained." Delhi violence is expected to dominate proceedings in the Parliament on Tuesday as well.

Here’re all the LIVE updates from Parliament:

Lok Sabha proceedings on Tuesday were adjourned till noon, amid uproar over the issue of Delhi violence as Opposition members sought an immediate discussion on the matter.

Rajya Sabha proceedings on Tuesday were adjourned till 2 pm after opposition and treasury benches indulged in a war of words over alleged hate speech by Union Minister Anurag Thakur in the run up to Delhi assembly polls and the violence in the national capital.

Speaker Om Birla warns Opposition MPs to abstain from creating a ruckus in the House and not disrupt the proceedings. “MPs will be suspended if the MPs start protesting in the Well of the House,”  Om Birla said.

Lok Sabha Speaker Om Birla banned the use of placards inside the House. If you want to run the House by bringing placards, say it on record.

Lok Sabha and Rajya Sabha- ruckus in both houses as proceedings begin.

All MPs should take lead in ensuring peace, harmony and unity in society, said PM Modi

Prime Minister Narendra Modi at BJP Parliamentary Party meeting: "Opposition is working for party-interest, while we work for the national interest. Development is our mantra and peace, unity and harmony are necessary for development"

Parliamentary Affairs Minister, Pralhad Joshi: Prime Minister Modi at the BJP Parliamentary Party meeting today said that we are here for the national interest. He also said that the nation is supreme, and that development is our mantra. 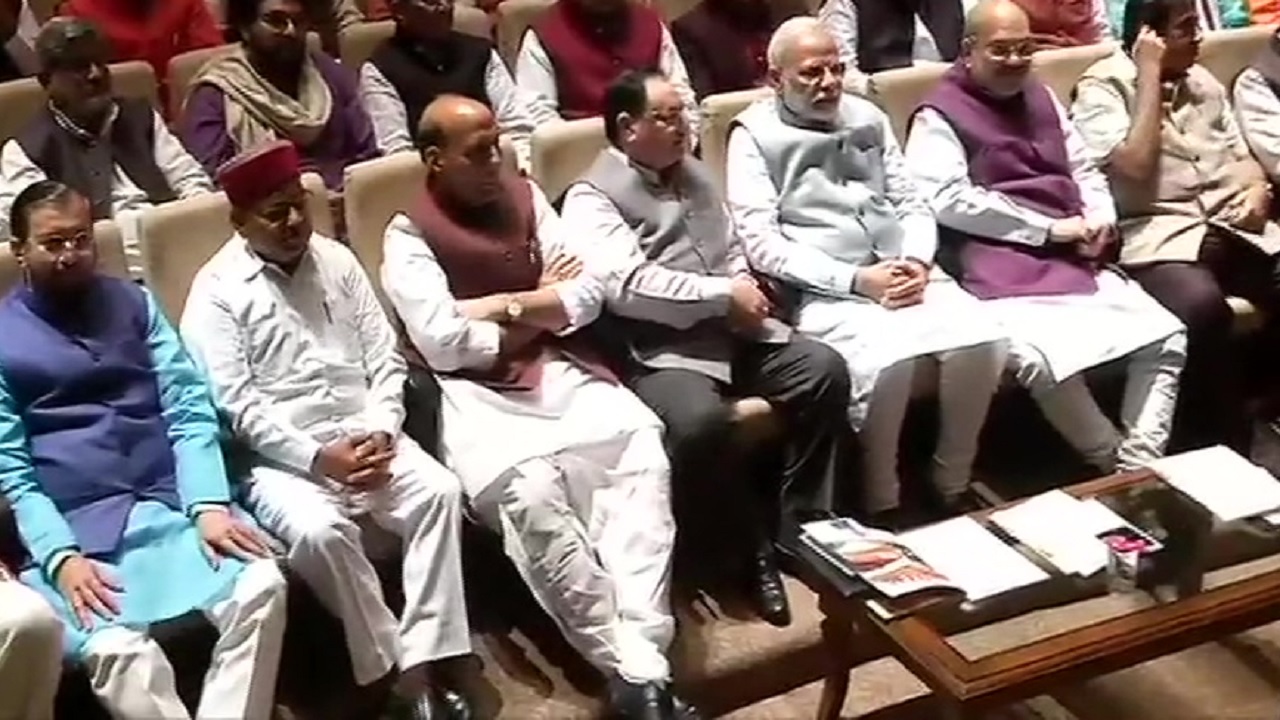 #WATCH Delhi: Security at Gate No. 1 in Parliament on alert after BJP MP Vinod Kumar Sonkar's car damaged as spikes placed at a distance of a boom barrier at the gate got activated after a car accidentally touched the boom barrier. pic.twitter.com/C3eAtYBSBL

Bahujan Samaj Party's Satish Chand Mishra has given Suspension of Business Notice under Rule 267 in Rajya Sabha, over violence in Delhi.

Congress leaders Ghulam Nabi Azad and Anand Sharma have given Suspension of Business Notice under Rule 267 in Rajya Sabha, over violence in Delhi.

KK Ragesh, Communist Party of India (Marxist) MP, has given Suspension of Business Notice in Rajya Sabha under Rule 267, over violence in Delhi.