Shiv Sena said that Hindutva icon Veer Savarkar should not be insulted. 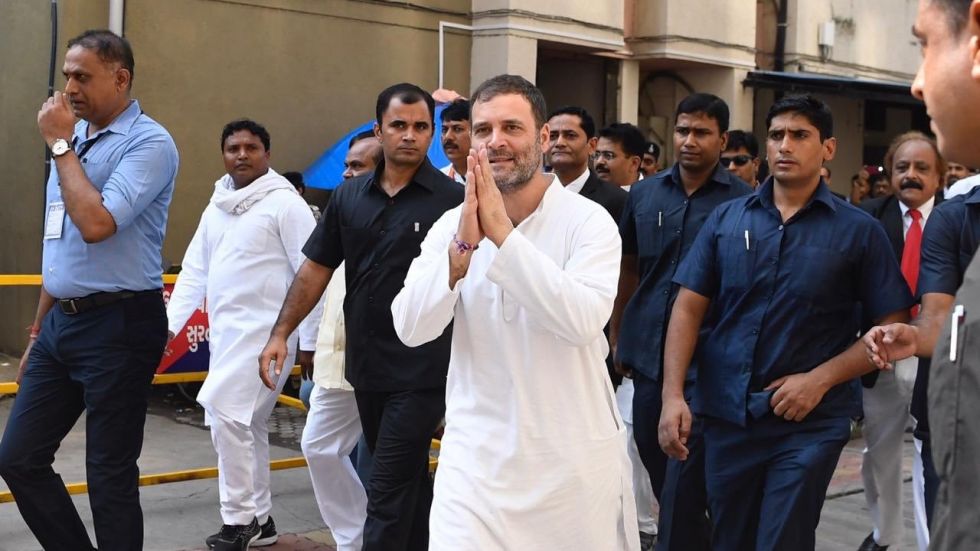 Rahul Gandhi's attempt to use Savakar's name to attack archrivals BJP ended up upsetting newfound ally Shiv Sena. The former Congress president, who is under attack from the BJP over his 'Rape In India' remark, said he will die but never apologise for speaking truth as he is a Gandhi and not a Savarkar during his party's rally in New Delhi. However, his remarks drew immediate disapproval from Shiv Sena which said that the Hindutva icon should not be insulted. The BJP too hit back at Rahul Gandhi, saying a "more appropriate" name for the Congress leader is "Rahul Jinnah" as his "Muslim appeasement" politics makes him a worthy legatee of the Pakistan's founder.

"The BJP asked me to apologise. My name is not Rahul Savarkar, it is Rahul Gandhi, and I will never apologise for speaking the truth."

"I will die, but I will not apologise for speaking the truth and nor will any Congressman do so. It is Narendra Modi and his assistant Amit Shah who have to apologise to the country for destroying India's economy," he asserted.

The BJP had demanded that Rahul Gandhi apologise after the Congress leader, while attacking the Modi Government over the issue of crimes against women, had said at an election rally in Jharkhand that instead of 'Make in India', it was nowadays "rape in India" in the country.

Rahul's comment was a veiled attempt reference to the accusation levelled at Savarkar by his critics of tendering apology to the British government to secure release from jail when India was under the colonial rule.

Sanjay Raut, leader of Shiv Sena which recently left the BJP-led NDA and joined hands with the Congress in Maharashtra, tweeted that Savarkar should be respected as he dedicated his life to the country like Jawaharlal Nehru and Mahatma Gandhi and there "is no compromise on this".

"Veer Savarkar is a god ("daivat") of the whole country and not just Maharashtra. The name Savarkar denotes national pride and self-respect. Like Nehru and Gandhi, Savarkar too dedicated his life to the country. Every such god must be revered. There is no compromise on this," Raut wrote in Marathi on Twitter.

"We respect Gandhi and Nehru. You should not insult Savarkar. Enough said," he tweeted further.

Former Maharashtra Chief Minister Devendra Fadnavis also launched a scathing attack against Congress leader Rahul Gandhi for his Sarvarkar remark. Fadnavis took to Twitter and wrote, "Rahul Gandhi’s statement is absolutely condemnable! He is nowhere close to even a single good deed of Veer Savarkar & his greatness. Not just this,he should not even do the blunder of considering himself as ‘Gandhi’!One cannot become ‘Gandhi’by just keeping his surname as Gandhi."

Another party spokesperson Sambit Patra said Rahul Gandhi can never be 'Rahul Savarkar' as Savarkar stood for "patriotism, bravery and sacrifice", while the Congress leader is somebody who spoke in Pakistan's language on issues like the citizenship bill, Article 370 and surgical strikes.

Amit Malviya, the BJP IT cell head, tweeted that the former Congress president was right that he can never be Rahul Savarkar.

"For once Rahul Gandhi is right. He can never be 'Rahul Savarkar'. Veer Savarkar is a national icon, who has had a civilisational impact on India's polity and will continue to be revered for generations to come.  5 generation of Nehru-Gandhi family can't measure up to his legacy," he said.