Citizenship Amendment Bill 2019 cleared both house of Parliament as Rajya Sabha passed the bill after a marathon debate on Wednesday. 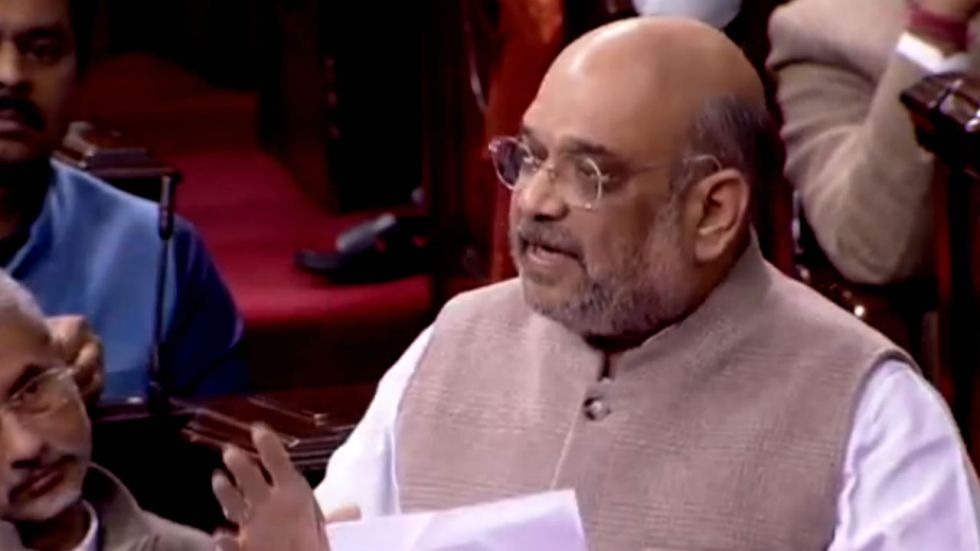 The Citizenship (Amendment) Bill 2019 was cleared by the Rajya Sabha on Wednesday after a marathon debate. As many as 125 MPs voted in favour of the Bill in the Upper House and 99 against it, according to Rajya Sabha sources. Earlier, it was reported that 105 members voted against the bill. Since it has already been cleared by the Lok Sabha, the amendment will head for President's nod before becoming law. Earlier the House rejected motions to send the bill to a select committee of the House with 124 members voting against it as compared to 99 in its favour. A Select Committee is a panel comprising members of a House where it is formed and deals with a specific subject. The House also rejected several amendments moved by opposition members to the bill, most by voice vote.

BJP's former ally Shiv Sena, which made all the noises of opposing the bill on grounds that it ignored citizenship for migrants from other neighbouring nations, made a quite exit from the House just before the voting. Earlier Shah had taken a dig at Sena asking what made it change its stand overnight after supporting the bill in Lok Sabha. Besides NDA constituents such as the JD-U, Shiromani Akali Dal (SAD) and AIADMK, the legislation was supported by the BJD, TDP, YSR-Congress and independents.

Apart from the three Shiv Sena MPs who were not present during voting, two members each of Samajwadi Party and NCP as also one of TMC were absent.

Replying to a six-and-a-half-hour debate on the bill, Shah on Wednesday rejected the Opposition charge that the bill was anti-Muslim. He repeatedly stressed that the legislation will not take away anyone's citizenship and was only intended to help minority communities facing religious persecution in the three neigbouring countries.

To a reference made by Samajwadi Party MP Javed Ali Khan, Shah said India will never become "Muslim-mukt even if you want so." Shah hit out at Kapil Sibal, saying the Congress leader should not teach him the idea of India. "My seven generations have been born here. I have not come from abroad. We were born here, we shall die here. Don't teach us the idea of India," he said.

Shah also said that the opposition should not spread fear among Muslims. On why persecuted minorities from countries such as Sri Lanka were not part of the legislation, Shah said 8-9 lakh Tamils from the island country had been given Indian citizenship in the past and the present law is to tackle a specific problem.

To repeated questions from opposition on why Muslims were being left out, he said Muslims from other countries have the right to apply for Indian citizenship as per existing rules. As many as 566 Muslims have been given citizenship in recent years, he said.

Rejecting opposition's criticism that the Citizenship Amendment Bill discriminates against Muslims, Shah referred to the Nehru-Liaquat pact to justify the new legislation. Since the Nehru-Liaquat pact of giving minorities freedom to practice their religion was not followed by neighbouring countries, Modi government has to do the needful, he said Liaquat Ali Khan was the prime minister of Pakistan when he and Pandit Jawaharlal Nehru signed the agreement in Delhi in 1950 confirming minority rights. It was inked in the backdrop of large-scale migration of people belonging to minority communities between the two countries in the wake of attacks by majority communities in their respective territories.

Shah attacked the opposition Congress saying statements by its leaders match those of Pakistani leaders not just on the citizenship bill but also on scrapping of Article 370 and triple talaq.

Asserting that neither the citizenship bill, nor the previously passed legislation making practice of triple talaq punishable and the scrapping Article 370 are anti-Muslim, he said the bill seeks to correct the wrong done by the partition of the country on religious lines.

He hit out at the Congress for alleged double speak on the issue, saying the party had during its rule given Indian citizenship to 13,000 Hindus and Sikhs from Pakistan without raising a word about the same for other communities. He also said the bill does not violate Article 14 of the Constitution as it does not prohibit laws based on reasonable classification. "There is a specific class. We are taking of all minorities in these three countries," Shah said.

Muslims have not been included for giving citizenship because the proposed law is for persecuted minorities in the three countries, he said. Rebutting the charge that Muslims were living in fear, he said India not only fulfilled its promise of protecting minorities, Muslims have gone on to become President, Vice President and Election Commissioner in the country.

"India kept its promise, the three countries did not," Shah said. The Home Minister asked the Opposition why religious minorities who have come to India to save their families and the honour of women should not be given citizenship.

Referring to Leader of Opposition in the Rajya Sabha Ghulam Nabi Azad's comment that the government has no data on persecuted religious immigrants, Shah said it is because of laws made by Congress that people are afraid of revealing their foreign identities.

He also dismissed the opposition's claim that the legislation was unconstitutional and against the principle of secularism. Article 14 of the Constitution does not prohibit Parliament from making laws in this regard if there is reasonable classification, he said. "We have included six religions. There is no appreciation. The only focus is on Muslims. Are Muslims in Pakistan, Bangladesh and Afghanistan minorities? Isn't it secularism. Will it be secularism only if Muslims are included," Shah said.

Shah reminded Congress that Rajasthan Chief Minister Ashok Gehlot had written to the then Union Home Minister P Chidambaram requesting that Hindus and Sikhs from Pakistan be given relief and 13,000 of them were given citizenship. "What Congress does is secularism. How long will you fool minorities".

Shah also quoted a Congress resolution dated November 25, 1947 and a prayer meeting speech of Mahatma Gandhi (September 26, 1947) wherein references were made to Hindus and Sikhs only from Pakistan being given Indian citizenship.

"Why did Congress accept religion based partition," he asked.

He also read out tales of atrocities suffered by several refugees living in India and their happiness over the legislation. At the time of introduction of the Bill, Shah said the bill provides Indian citizenship to Hindus, Sikhs, Buddhists, Jains, Parsis, and Christians who illegally migrated to India from Afghanistan, Bangladesh and Pakistan. The government, however, does not want to give citizenship to illegal Muslim migrants from other countries.

Describing the proposed legislation as a historic bill, Shah said it will rekindle a new ray of hope among lakhs of people who were harassed in neighbouring countries.

"They can now follow their religion with respect, they can protect the dignity of their women," he said.

The home minister said minorities in Afghanistan, Pakistan and Bangladesh are not treated equally and their population has declined by 20 per cent as "they were either killed, or forced to convert or migrated to India". "They took refuge (in India) but were barred from availing basic facilities like homes, jobs, healthcare and education," he said. Shah said the BJP had clearly indicated its intent to bring such legislation in its election manifesto for the 2019 general election and the people of the country voted for it overwhelmingly. "It is not vote bank politics. We told the people before the elections and won the people's mandate and approval," he said According to the provisions of the bill, non-Muslim migrants from the three countries who came to India till 2014 will get Indian citizenship.

"They will not face any legal consequences," Shah said, adding that cases against them for their illegal stay or for overstaying their legal permit will be withdrawn. The citizenship law goes hand in hand with another contentious programme, the National Register for Citizens in Assam.

All 3.3 crore residents of the state had to prove, with documentary evidence, that they or their ancestors were Indian citizens. About 20 lakh people were left out of the state's citizenship rolls after that

The Congress party questioned the government's intent behind leaving out a particular community out of the Citizenship (Amendment) Bill. "What is the government trying to do here? Why make this process based on religion? Why keep out a certain community?" he questioned.

Meanwhile, northeastern states of Assam and Tripura are on the boil and violent protests have erupted because people fear that non-Muslims migrants from neighbouring Bangladesh will "overrun" them. The protests are vocal in Assam, where illegal migrants from Bangladesh has been a concern for long.

Internet services in ten districts of Assam has been suspended for 24 hours, beginning 7 pm on Wednesday and Army and paramilitary forces have been deployed in wake of protests. While two columns of Army have been sent to Kanchanpur and Manu areas of Tripura, a third has been dispatched to Bongaingon in Assam.