US President Donald Trump Made A Mention Of Star Cricketers Sachin Tendulkar And Virat Kohli As He Praised Prime Minister Narendra Modi And The Democratic Institutions Of India.

Prime Minister Narendra Modi was at the Sardar Patel International Airport in Ahmedabad to welcome the US President. (Photo Credit: Reuters)

US President Donald Trump reached Ahmedabad at 11.37 am for the first leg of his India visit and he was accompanied by First Lady Melania, daughter Ivanka, son-in-law Jared Kushner and the top brass of his administration. Prime Minister Narendra Modi was at the Sardar Patel International Airport in Ahmedabad to welcome the US President. Both leaders went to the Sabarmati Ashram and from there, they went to the brand new Motera stadium. After a passionate speech by Prime Minister Narendra Modi, President Donald Trump paid tribute to Prime Minister Narendra Modi and also hailed praise on India and the democratic process. During the speech, President Trump made a mention of star cricketers Sachin Tendulkar and Virat Kohli. "India is a place of great cricketers like Sachin Tendulkar and Virat Kohli," Trump said to massive cheers at the nearly one lakh people who were present at the Motera stadium.

Before Motera, the cricket stadium which had the highest capacity was one lakh at the Eden Gardens in Kolkata. However, the redevelopment of the Motera stadium for the 2011 World Cup reduced the capacity to 66,000. Now, Motera's capacity is officially one lakh 10 thousand and it is six thousand more than the official capacity of the Melbourne Cricket Ground (MCG). Motera, thus, is the symbol of where power actually resides and it also displays the financial might of India in the cricketing world.

The decision to expand the capacity of the stadium was taken by Prime Minister Narendra Modi and under the presidency of Amit Shah at the Gujarat Cricket Association, the stadium was deomlished totally in 2015 and what the millions of viewers and the lakhs present at the venue will see is something spectacular.

Recently, the Board of Control for Cricket in India (BCCI)shared a bird's eye view of the stadium on their official Twitter handle. BCCI President Sourav Ganguly could barely conceal his excitement on seeing the brand-new cricket ground and he stated, "Lovely to see such a massive, pretty stadium."

The Sardar Patel stadium has seen plenty of significant milestones in Indian cricket's journey. In the very first Test at the venue in 1983, Kapil Dev took 9/83 against the West Indies but India suffered defeat by 138 runs. Four years later, Sunil Gavaskar of India became the first cricketer to go past 10,000 runs in Tests during the clash against Pakistan. Gavaskar hit 63 but the Test petered out to a tame draw. In 1994, 11 years after Kapil had taken 9/83 against West Indies, India's premier all-rounder created history against Sri Lanka when he dismissed Hashan Tillakaratne to go past Sir Richard Hadlee's Test wickets of 431. 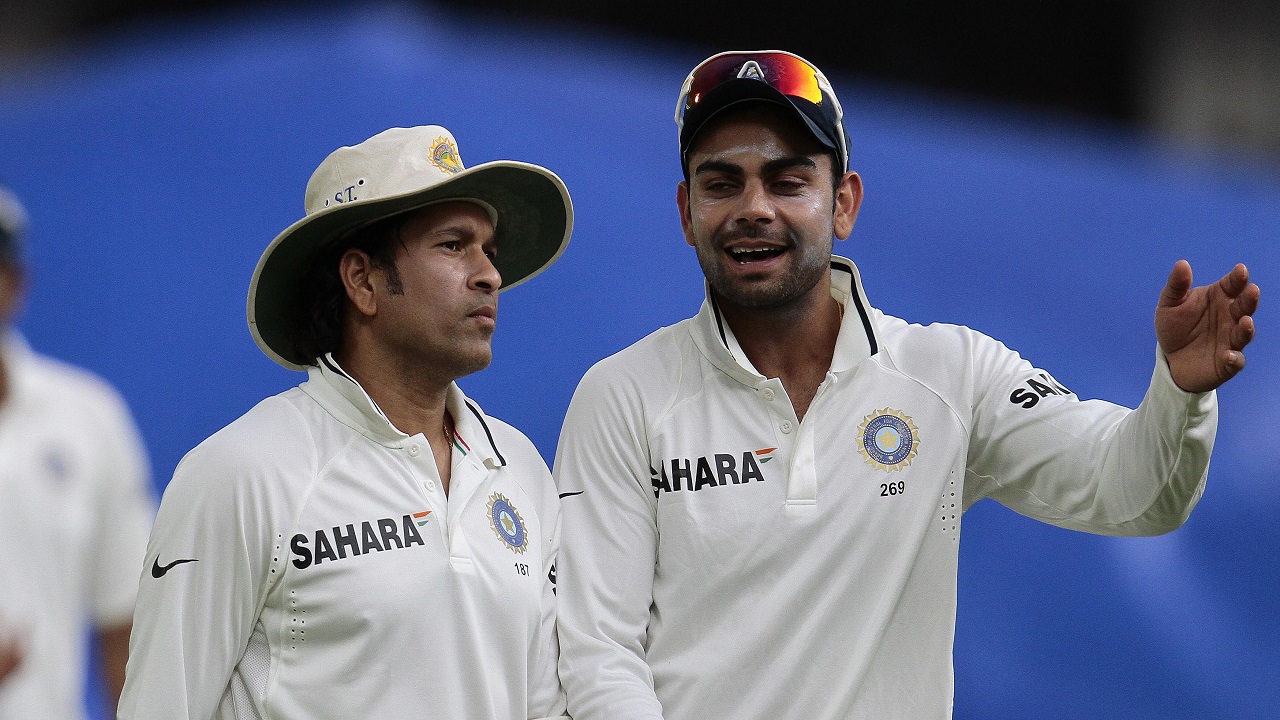 Sachin Tendulkar and Virat Kohi are considered one of the greatest cricketers. (Image credit: Getty Images)

The last Test played at this venue was in 2012 against England when Virender Sehwag smashed a century and India won by nine wickets. Even in ODIs, there have been significant milestones. Sachin Tendulkar became the first player to reach 18000 ODI runs during India's high-voltage quarterfinal clash against Australia in 2011. In the same venue in Tests, Tendulkar also scored his first double ton when he hit 217 against New Zealand in 1999.

The venue saw India denying Australia a chance to win the World Cup for the fifth time when they registered a win against the Aussies after 24 years. Apart from the 2011 World Cup, the venue has hosted the 1996 World Cup as well as the 2006 ICC Champions Trophy.