Lawyers representing Rajeev Kumar, who is currently the additional director general of West Bengal CID, told the court that he is a witness and not an accused.

CBI lawyer claimed that IPS officer Rajeev Kumar is not cooperating with it in the probe. (File Photo)

Days after IPS officer Rajeev Kumar skipped CBI summon, the apex investigation agency on Thursday moved a Kolkata court seeking an arrest warrant against him in the Saradha chit fund scam case. The agency claimed that the senior IPS officer has failed to appear before it for assisting in the chit fund scam probe despite notices being sent to him on multiple occasions.

Kumar is not cooperating with it in the probe, the CBI lawyers said in the court of Additional Chief Judicial Magistrate (ACJM), Alipore, Subrata Mukherjee.

Lawyers representing Kumar, who is currently the additional director general of West Bengal CID, told the court that he is a witness and not an accused and as such the court cannot issue an arrest warrant against him in the case.

Denying the charge that he was not cooperating with the probe, his lawyers claimed that Kumar is not absconding and had informed the CBI that he would not be available from September 1 to 25. The Saradha chit fund case was registered at the Alipore court in South 24 Parganas district.

In May, the Supreme Court declined to entertain his petition seeking extension of protection from arrest in the multi-crore Saradha scam case.

He was granted protection from arrest on May 17 by the apex court for seven days and he had filed a fresh petition seeking to restrain the CBI from taking any coercive action against him.

However, a vacation bench headed by Justice Arun Mishra had said Kumar's plea was not "maintainable" as a bench headed by Chief Justice of India Ranjan Gogoi had already passed an order in the matter on May 17 and the IPS officer should not have filed a fresh writ petition.

The bench, also comprising justices BR Gavai and Surya Kant, said that Kumar can personally approach the Calcutta High Court or the trial court seeking relief in the case.

But on Friday, the Calcutta High Court vacated its interim order granting the former police commissioner protection from arrest.

The court also rejected Kumar's prayer for quashing of a CBI notice that sought his appearance for questioning in the case.
It refused to entertain his prayer that no coercive action be taken against him without the permission of this court. 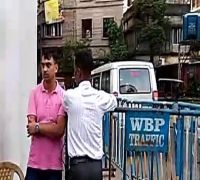 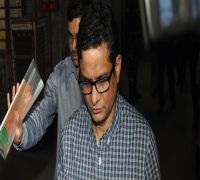 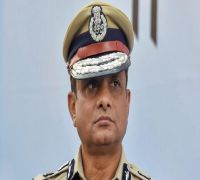