As per ANI, 4-5 Pakistan Army soldiers were killed and several injured in Indian Army's reply across LoC opposite the Tangdhar sector. 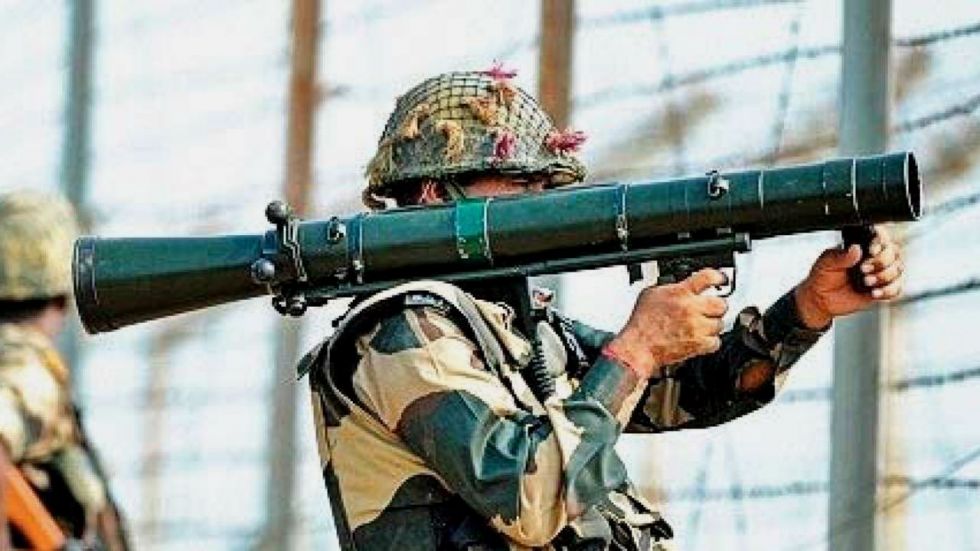 Five Pakistani Army men were killed in retaliatory firing after Indian Army launched attacks on terrorist camps situated inside Pakistan occupied Kashmir (PoK) opposite the Tangdhar sector, official sources said on Sunday. Unconfirmed reports suggest that many terrorists were also killed in the attack. Two Indian Army personnel and one civilian had also lost their lives in Pakistani firing in the area. The Indian retaliation came after unprovoked firing by the Pakistan military in a bid to push a group of militants into Jammu and Kashmir from the Pakistani side, the sources said.

According to sources, four terror launch pads in Neelam valley inside PoK were targeted and destroyed during the retaliation by India. The Indian Army targetted these camps inside PoK in reply to unprovoked ceasefire violation by Pakistan. Army used artillery guns to target the terrorist camps which have been actively trying to push terrorists into Indian territory. The ceasefire violation was part of the support being provided by Pakistan Army to push terrorists into Indian territory.

The army targeted terrorist launchpads in Jura, Athmuqam and Kundalsahi among others in PoK using artillery guns, after credible inputs that a large number of terrorists were operating there. India has escalated LoC firing in some areas, and taken it beyond the Tangdhar sector, where Pakistan first violated ceasefire. The Indian army is responding strongly to the ceasefire violation that took place last evening.

Pakistan, however, claimed that nine Indian soldiers were killed in Pakistan Army firing. It also claimed that one Pakistan soldier and 3 civilians died in the exchange of fire.

Earlier, two soldiers and a civilian were killed as Pakistani troops violated the ceasefire in Tangdhar sector of Jammu and Kashmir’s Kupwara district, police said. Three civilians were also injured in the firing by Pakistani troops, they said. Two houses were damaged in the incident.