There is no India without Kashmir, and no Kashmir without India, columnist Sunanda Vashisht told a US Congressional hearing. 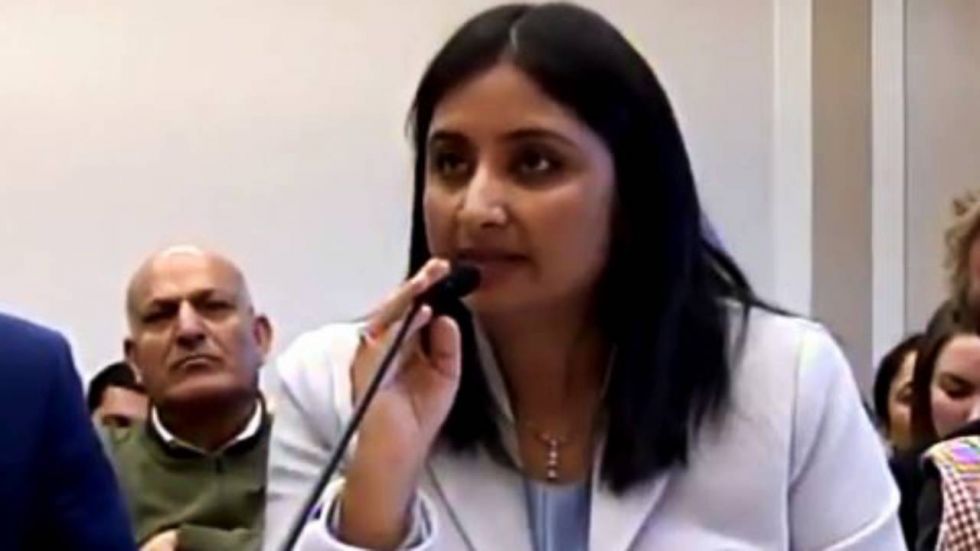 There is no India without Kashmir, and no Kashmir without India, columnist Sunanda Vashisht told a US Congressional hearing on Human Rights in Washington on Thursday. While speaking at the hearing organised by Tom Lantos Human Rights Commission, Vashisht recalled the ordeal of Kashmiri Hindus and questioned the 'silence of world leaders' when the community was forced to flee the Valley in the 1990s.

"Pakistan-trained terrorists caused "ISIS-level of horror and brutality" in the Kashmir Valley for thirty years,  long before the West was even introduced to the brutalities of radical Islamic terror," Vashisht told the hearing.

Vashisht further mentioned that it is imperative to bolster India to fight against insurgencies in Kashmir, which will eventually help in solving the human rights problems in the region. She also went on the say that the abrogation of the provisions of Article 370 was restoration of human rights.

The columnist further said that India has "not occupied" Kashmir. "India is not just a 70-year-old identity, but a 5000-year-old civilisation. There is no India without Kashmir, and no Kashmir without India."

However, many observers have raised already suspicion over its intentions saying  witnesses on the panel are well known India bashers. The list of witnesses for the second panel released by the Human Rights Commission, which is a Democratic Party dominated bipartisan caucus of the US Representatives, reflects that the panelists are all suspect. Invitees are people who are totally pitted against India, indicating that the Congressional hearing is all set to be "biased and one sided."

The announcement of the hearing by the Lantos Committee comes on the heels of a blatant one-sided hearing last month on Jammu and Kashmir. India had termed as "regrettable" criticism by several US Congressmen over the situation in Kashmir, and said the comments reflected a very limited understanding of the country's history and its pluralistic society.

Congressional observers suspect this due to the massive political funding by groups believed to be Pakistani-Americans and those close to the Pakistani establishment.