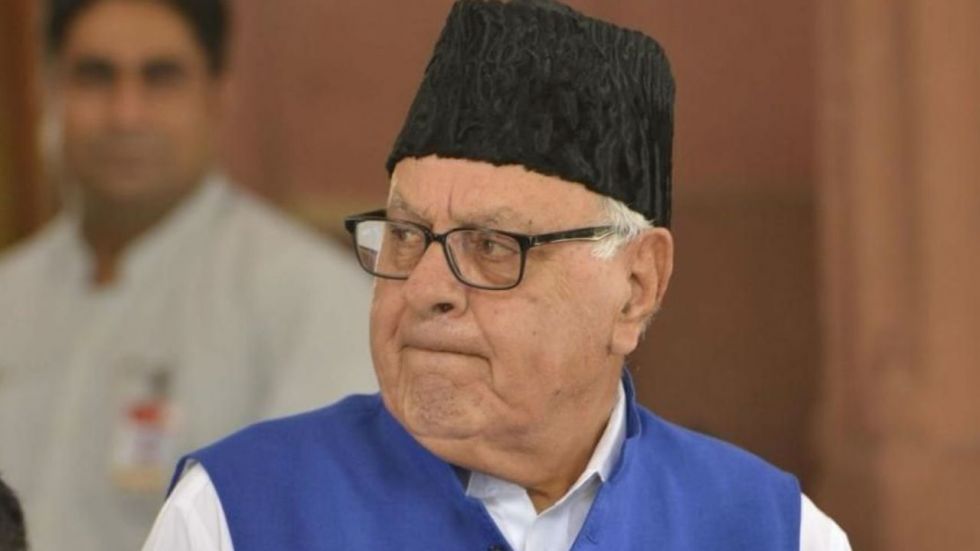 Supreme Court on Monday dismissed a plea filed by MDMK leader Vaiko  seeking production of National Confrence leader Farooq Abdullah.
CJI Ranjan Gogoi, heading the bench, said that 'nothing survives' in the petition after detention order was issued against Abdullah under J&K Public Saftey Act. Farooq Abdullah was detained under the Act on September 16 with the order being issued on the wee hours before the Court was scheduled to consider Vaiko's petition.

The bench comprising CJI Ranjan Gogoi, Justices Bobde and Abdul Nazeer had issued notice to the Centre on the petition on September 16.

Vaiko, who is a Rajya Sabha MP from Tamil Nadu, has sought a direction to the Union of India to produce the body of Dr. Farooq Abdullah before the Supreme Court of India and to set him at liberty so as to enable him to attend a conference in Chennai on September 15.