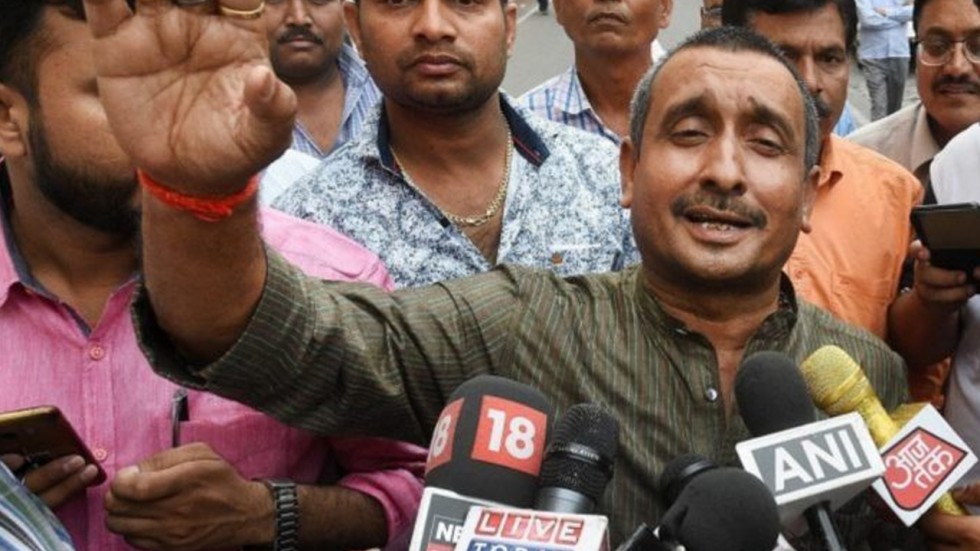 Expelled Bhartiya Janata Party (BJP) MLA Kuldeep Singh Senger on Wednesday moved to Delhi High Court challenging his conviction and life term order in the Unnao Rape case. The Uttar Pradesh Police had earlier submitted a charge sheet in a court in connection with the death of a 23-year-old Unnao rape victim, who was allegedly set ablaze by five men. Additional Superintendent of Police Vinod Kumar Pandey, who is heading a Special Investigation Team in the case, said the charge sheet was submitted on Wednesday. “There is ample proof against the five accused persons, and the charge sheet was prepared based on those evidences,” he said on Thursday.

The 23-year-old Unnao rape victim, who was airlifted to Delhi and admitted to Safdarjung Hospital with 90 per cent burns after being set on fire, died following a cardiac arrest on December 6, 2019. The woman was set afire by five men, including two of her alleged rapists, on December 5 morning when she was going to Rae Bareli to attend a court hearing in the rape case filed by her.

In her statement to Sub Divisional Magistrate Dayashankar Pathak, the woman had said she was attacked when she reached Gaura turn near her home on her way to the court. She had specifically named Harishankar Trivedi, Ram Kishore Trivedi, Umesh Bajpai, Shivam Trivedi and Shubham Trivedi as the persons who set her on fire.

The woman had also alleged that Shivam and Shubham Trivedi had abducted and raped her in December 2018.