A CCTV footage captured robbery at a jewellery shop in Allahabad city of Uttar Pradesh on Tuesday. 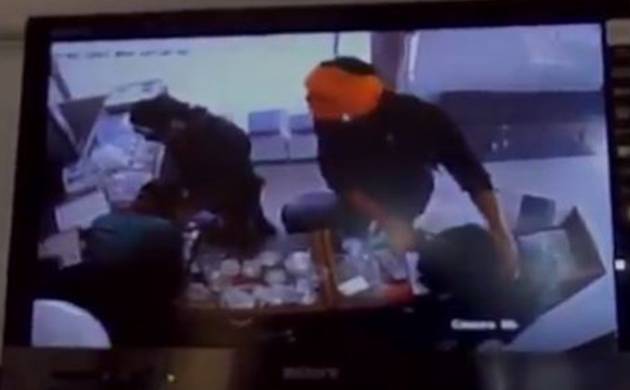 A CCTV footage captured an incident of robbery at a jewellery shop in Allahabad city of Uttar Pradesh on Tuesday.

In this footage it can be clearly seen that how three people are looting a jewellers shop at gun point.

One person pointed a gun on jeweller while other two were putting money in a bag.

The robbers managed to escape from the incident of crime. Police has registered case on the basis of CCTV footage.

#CAUGHTONCAM: Loot at gunpoint in a jewellery store in Uttar Pradesh's Allahabad. pic.twitter.com/COhQu0VnZh