The Delhi Police on Monday questioned three JNU students, including JNUSU president Aishe Ghosh, in connection with the January 5 violence on campus 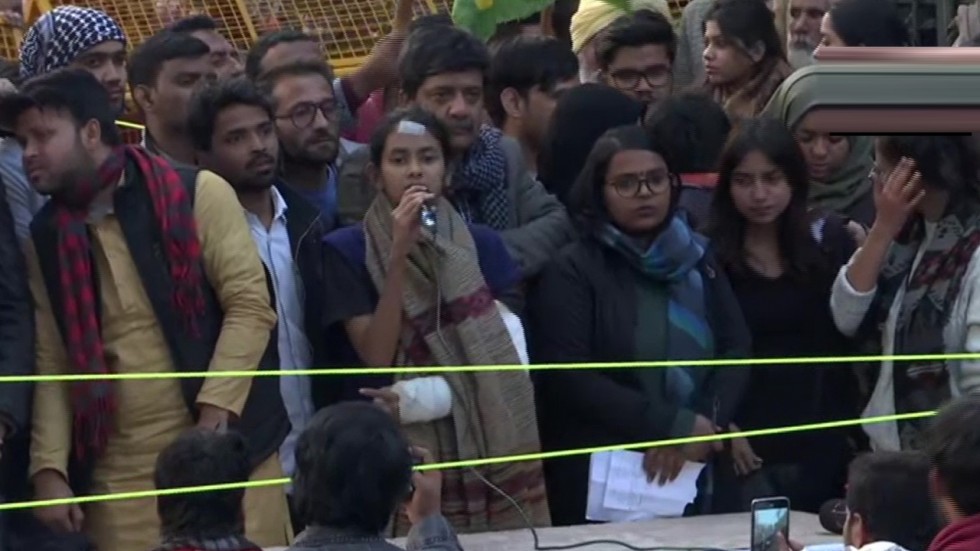 JNUSU president Aishe Ghosh on Wednesday joined the protest at Jamia where she addressed the protesters. During her speech, Ghosh launched a scathing attack against the Modi government over 'abrogation of Article 370' in Kashmir. 'We should not forget Kashmir in our fight. Whatever is happening with them (Kashmiris) is somewho connected with government's intent to take away constitution from us.

The Delhi Police on Monday questioned three JNU students, including JNUSU president Aishe Ghosh, in connection with the January 5 violence on campus, even as students and teachers boycotted classes on the opening day of the winter semester amid a standoff over the hostel fee hike issue.

A delegation of teachers of the Jawaharlal Nehru University (JNU) knocked the doors of the Human Resources Development(HRD) ministry again claiming that the situation is not conducive for conducting academic activities and that students are scared of returning to the campus.

As the JNU students union(JNUSU) continued to boycott the registration for the winter semester demanding a complete roll back of the hostel fee hike, the university administration claimed that of the nearly 8,500 students more than 5,000 have registered.

In a statement, HRD Minister Ramesh Pokhriyal said the fee-related matter has been sorted out and that the continuation of the agitation by students was not justified. On the probe into the violence when a masked mob attacked students and teachers, a crime branch team of the Delhi Police visited the JNU and questioned Pankaj Mishra and Vasker Vijay Mech besides Ghosh.

Ghosh is among the seven out of the total nine suspects, who are from Left-leaning student organisations while two suspects are from the RSS-affiliated Akhil Bharatiya Vidyarthi Parishad (ABVP). Mishra has, however, claimed that he is not affiliated to either sides.

“They sought my version of events. They asked me about my complaint. I also asked why they did not register an FIR on the complaint filed by me,” Ghosh said. Responding to a plea filed by JNU professors, the Delhi Police also informed the Delhi High Court that it has asked the university administration to preserve and hand over the CCTV footage of the violence but has not yet received any response from the university.