Why Is PM Modi Hosting Chinese President Xi Jinping In Mamallapuram? Details Inside

According to the archaeologist, evidence shows that the link between China and the venue of the summit had existed about 2000 years ago. 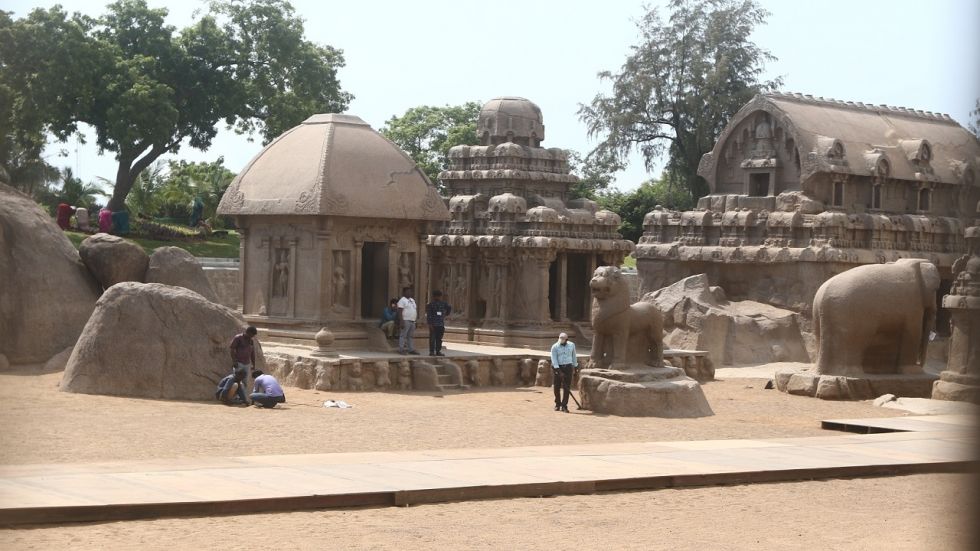 The famed Mamallapuram aka Mahabalipuram is all set to welcome Chinese President Xi Jinping where he will have an informal summit with Prime Minister Narendra Modi from October 11 to 12. Mamallapuram, which is famous for its sculptors and sculpture, has been chosen as the venue for the Sino-Indian summit as it has ancient ties with the dragon land and it is set to give a historic fillip to the summit.

Mamallapuram was established by Narasimhavarman I of the mighty Pallava dynasty in the seventh century AD. The flourishing seaport of this town was used by Pallavas for trade with other parts of the world. They had a good relation with China and even sent envoys there during their rule.

ALSO READ | If Xi Says China Is Watching Kashmir, Then Why Does PM Not Say India Is Watching Hong Kong: Congress

According to the archaeologist, evidence shows that the link between China and the venue of the summit had existed about 2000 years ago.

Such findings can be used to infer that regions, including coastal areas of present-day Mamallapuram and Kancheepuram district, had links with China, he said. Archaeological evidence also shows Chinese coins dating to the same period were found in Tamil Nadu which proves Sino-India trade links to the dragon country.

Not only this, Tamil inscriptions were also found in China. "If you look at the Vayalur inscriptions (near Mamallapuram), they say that Pallavas had sent envoys (6-7th Century AD) to China. Similarly, Tamil inscriptions have been found in the dragon country as well," Rajavelu, also a former Professor of Archaeology with the Tamil University at Thanjavur, said.

Chinese monk Hiuen Tsang visited Kancheepuram in the seventh Century AD and he no doubt reached the ancient port town of Mamallapuram and then continued his journey to the temple town, he said.