The Supreme Court order comes on a day when the bull-taming festival of Jallikattu is being celebrated in parts of Tamil Nadu. 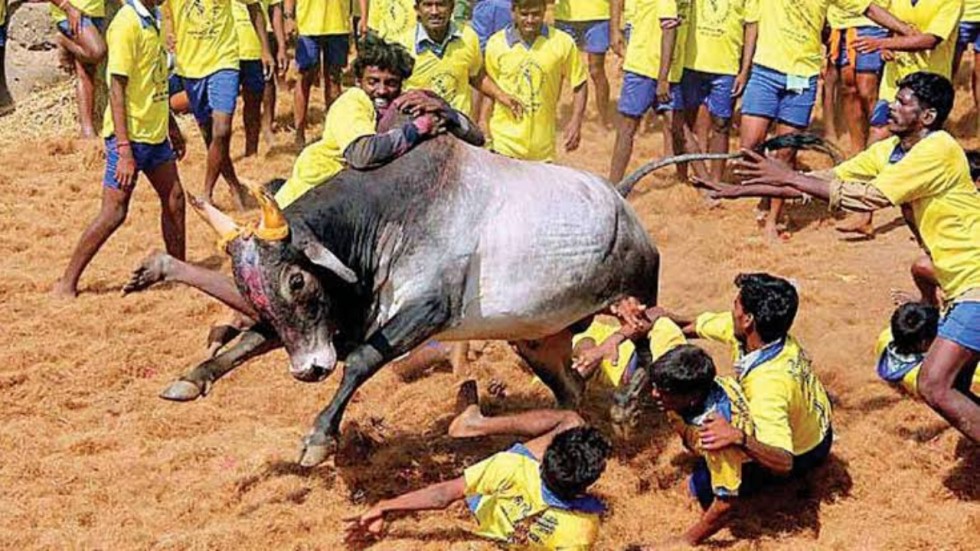 The Supreme Court junked the petition seeking ban on the bull-taming festival of Jallikattu during a hearing on Wednesday. “We won’t stop Jallikattu,” the top court said and asked the petitioners to approach the High Court. The Supreme Court was hearing a plea against the Madras High Court order that had allowed Jallikattu festival to be conducted in some regions under the supervision of monitoring committees. "Jallikattu" is the popular-yet-controversial bull-taming event where participants come together to stop a bull that runs amok in their village. The Supreme Court order comes on a day when the bull-taming festival is being celebrated in parts of Tamil Nadu.

Visuals of a grand even surfaced online that showed 700 bulls and 730 bull catchers participating in Jallikattu event in Tamil Nadu’s Madurai. The event heralds the four-day harvest festival of Pongal. In 2014 and 2016, the Supreme Court had ruled that Jallikattu amounts to cruelty against animals. However, amid intense protests, the Centre and the state government of Tamil Nadu passed amendments that allowed the bull-taming festival.

#WATCH Tamil Nadu: #Jallikattu competitions have begun in Madurai's Avaniyapuram. 700 bulls and 730 Bull Catchers are participating in it. pic.twitter.com/jMdwRG45gN

This year, the Madurai district administration is only allowing men from 21 to 45 years of age and weighing more than 45 kgs. Madurai District collector directed that those below the age of 21 years will not be allowed to participate in Jallikattu to be held at Palamedu and Alanganallur. Those willing to participate must enroll themselves at designated centres and get their fitness certificate after a required health check-up.

Meanwhile, the People for the Ethical Treatment of Animals India Chapter has written to the Tamil Nadu government seeking strict action against organisers of a 'Jallikattu' type of event using a rare breed of foxes in Salem district. PETA India Chapter CEO Manilal Valliyate said they have sought preventive measures against conduct of the event, popularly known as 'vanganari jallikattu'. "We have also approached them last year and this year too we have written to them. We seek strict penal action against the organisers and participants of such events which is illegal," he told PTI.

The Salem district forest administration has stepped up awareness campaigns not to use the rare 'Wanga' breed of foxes, according to officials.