The World Food India event is being held at the India Gate Lawns in New Delhi. India entered Guinness World Record for making 'largest serving of rice and beans' after preparing 918 kg of Khichdi in Delhi. Further, night long preparations to prepare the dish were supervised by the renowned chef Sanjeev Kapoor.

The dish was cooked in a 1000-litre wok and was prepared with nutritious ingredients from diverse parts of the country. Rice, moong dal, bajra, jowar and Indian spices will be steam-cooked for the preparation before it is served to the audience.

“A portion of the khichdi will also be packed and sent to all the heads of foreign missions in India, along with the recipe,” said a person involved in the cooking. The mega khichdi preparation is part of the ‘Great Indian Food Street’ at the festival that features street food from 20 states.

More than 40 countries and 27 states governments are participating in the exhibition, being organised in association with industry body CII.

India attempts for World Record by cooking 800 kgs of Khichdi at #WorldFoodIndia pic.twitter.com/qBeNNfO26u

Earlier on Friday, addressing a curtain raiser event, Food Processing Minister Harsimrat Kaur Badal said private investments worth Rs 65,000 crore have already been committed in the food processing sector and more is expected during the event.

Badal has said that Khichdi is queen of all foods. Sanjeev Kapoor is the brand ambassador of the Great India Food Street for the three-day event.Khichdi will also be distributed to 60,000 orphan children in national capital.

The information and broadcasting minister said the World Food India, 2017, will enhance business opportunities for women entrepreneurs, among others, and establish India as a preferred destination in food processing sector.

The event is featuring some other great chefs from across India like Ranveer Brar, Kavneet Sahni, Saransh Goila, Imtiaz Qureshi and many more. 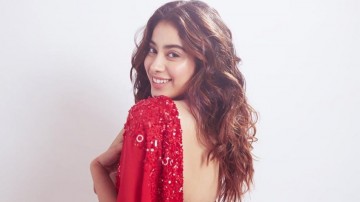