Sabarimala Temple To Open Today Amid Suspense Over Entry Of Women

The Lord Ayyappa temple in Kerala's Sabarimala will open for the two-month long pilgrim season on Saturday evening. 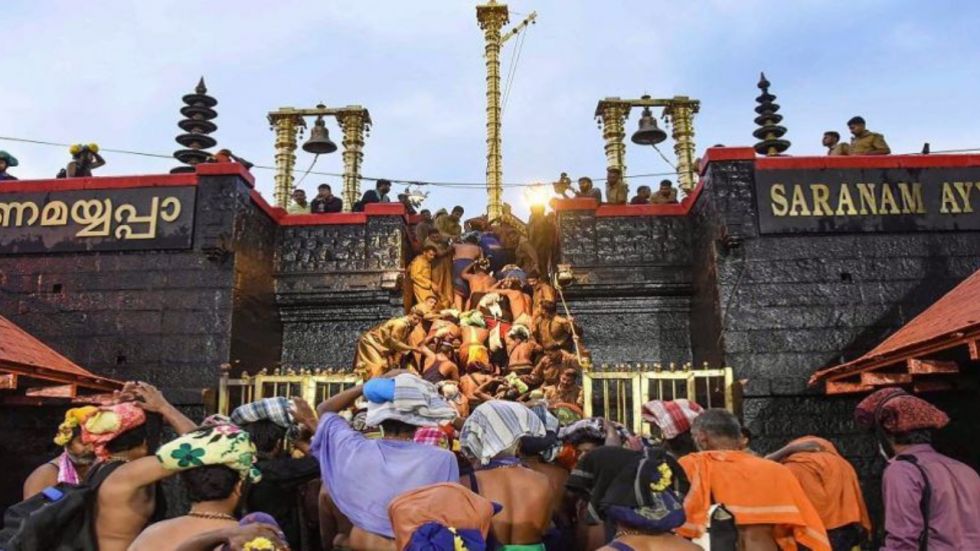 The portals of Sabarimala shrine would be opened for the two-month-long Mandalam Makaravilakku season (Photo Credit : File Photo )

The Lord Ayyappa temple in Kerala's Sabarimala will open for the two-month long pilgrim season on Saturday evening. The opening of the temple for Mandala Pooja festival comes just two days after the Supreme Court deferred the verdict on the review petition challenging its order allowing entry of women of all ages in the temple. Supreme Court did not stay its previous order which means women of all age groups will be allowed to enter the temple. However, no protection will be given to the women.

Thousands of police personnel have been deployed on the ground in the Sabarimala region including Pamba, Nilakal and Erumeli.

The portals of the shrine, located in a reserve forest in Western Ghats in Pathanamthitta district, would be opened for the two-month-long Mandalam Makaravilakku season this evening around 5 pm. The pilgrims would be allowed to climb the 18 holy steps after the padi puja and have darshan.

Women rights activist Trupti Desai, who has been a vehement critic of the restriction on the entry of women of a certain age group, said she will be visiting the temple after November 20 regardless of whether or not she is provided security cover, as reported by ANI.

The Tranvancore Devaswom Board has, since 1951, restricted the entry of women of menstrual age, i.e. between 10 years and 50 years, from entering the Sabarimala temple. On September 28, 2018 the Supreme Court opened the temple to women of all ages. However, massive protests were witnessed on 17 October 2018 when the temple was opened for the first time after the Supreme Court verdict. Protesters reportedly assaulted women activists, journalists, and other women who were trying to enter the temple.

Meanwhile, a review petition was filed against the September 2018 order. A five-judge bench of the apex court, led by Chief Justice of India (CJI) Ranjan Gogoi, referred the issues to a larger bench, to consider the limits of the powers of the apex court in deciding conflicts between religion and other rights. However, court did not issue any stay on the entry of women.

In view of the protests that broke out in 2018, post the Supreme Court's order allowing women of all ages to enter the Sabarimala temple, the government and the police, this time, have decided to take necessary measures to contain anything that may hinder peaceful worship.