The doodle was created by Jasjyot Singh Hans. Corneli Sorabji was one of the nine children of the highly respected Sorabji Karsedji and his wife, Francina Ford. 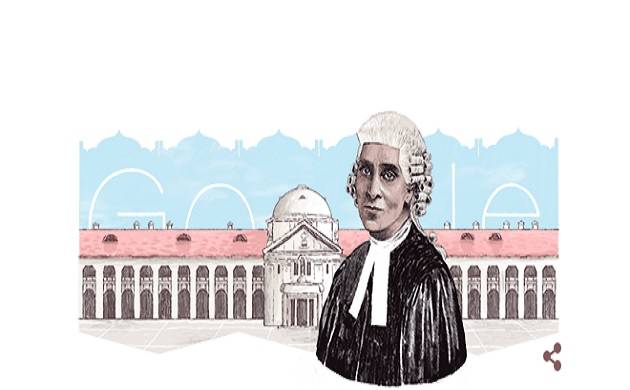 This day in History is very important from the point of view of India as it is the 151st birthday of India's first woman to study law at Oxford university.

In fact Cornelia Sorabji is the first Indian national to study at any British university only to become India's first woman advocate. Google honours her on this day by creating a doodle of Cornelia in front of the Allahabad High Court where she started her career as a pleader.

The doodle was created by Jasjyot Singh Hans. Corneli Sorabji was one of the nine children of the highly respected Sorabji Karsedji and his wife, Francina Ford.

Cornelia went to study law at Oxford at a time when the universities were reluctant to accept female students. With the help of National Indian Association she was able to sit for Civil Laws Exam at Somerville college.

On her return she observed that women who owned considerable property did not have the necessary access to defend it. Under the existing Purdahnashin practice these women were barred from interacting with any male.

Despite achieving success at the Bombay University LLB examination she was not allowed to file petitions and pleas untill the law that barred women from practicing was channged in 1923.

Cornelia Sorabji breathed last at her London home on July 6,1954.