Facebook's Aquila internet drone just completed its second full-scale test flight, and this time the aircraft landed smoothly. The test flight occurred on May 22, but Facebook revealed the details only on Thursday. 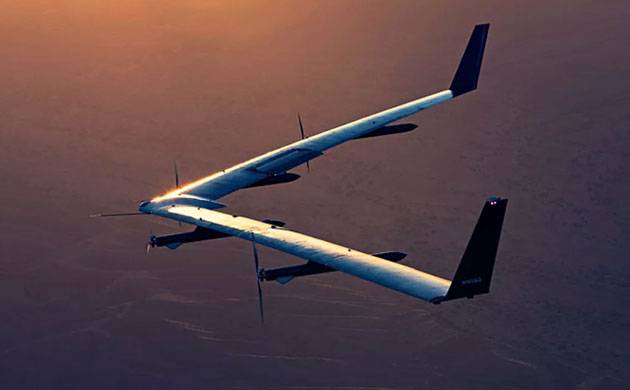 Facebook's Aquila internet drone just completed its second full-scale test flight, and this time the aircraft landed smoothly. The test flight occurred on May 22, but Facebook revealed the details only on Thursday.

"The aircraft flew for 1 hour and 46 minutes, and landed perfectly on our prepared landing site," Facebook's Martin Luis Gomez wrote in a post on the company's engineering blog.

This test was an advancement from the first flight, during which Aquila experienced a "structural failure" as it was trying to land and crashed in the Arizona desert, causing the US National Transportation Safety Board to probe into the incident.

To prepare for this second test flight, the Aquila team made many alterations to the aircraft, after considering the lessons they learned from that first trip, Gomez wrote. "Spoilers" were added to the wings, for instance, to add drag and decrease lift during the landing approach. They also changed the autopilot software, adding a smoother finish on the plane, applying hundreds of sensors to gather new data, and installed a "horizontal propeller stopping mechanism to support a successful landing," he added.

The team also readied a 500-foot circle of level gravel, about 6 inches low on which Aquila would land.

"Aquila flies autonomously, except for manual interventions in cases such as lining up with the wind," Gomez wrote. "Shortly before landing, the flight crew uploads a landing plan based on the wind direction."

A few seconds before landing, the plane's autopilot killed the propellers, according to the plan. This happens so the propellers can be interlocked in a horizontal position so they're not damaged when the aircraft touches down. In this test flight, "only one propeller [out of four] locked horizontally," as it should have, Gomez wrote. Still, he said, the "aircraft settled onto the landing surface very gently and came to a stop in about 10 meters."

Gomez called the landing "absolutely perfect," but admitted that Aquila suffered a "few minor, easily repairable dings" from the gravel.

The drone has the wingspan of a commercial airliner but only operates on the power equal to three hair dryers. Facebook says it will ultimately fly for weeks at a time, emitting internet signals up to 60 miles away.

"By design, Aquila does nothing fast: It climbs slowly, descends even slower, and when flying upwind moves only at 10-15 mph over the ground," Gomez wrote. "We designed Aquila this way because it is meant to stay in the same area for long periods of time to supply internet access."

Going ahead Facebook plans to utilize the data it retrieves from this flight to further upgrade the aircraft.